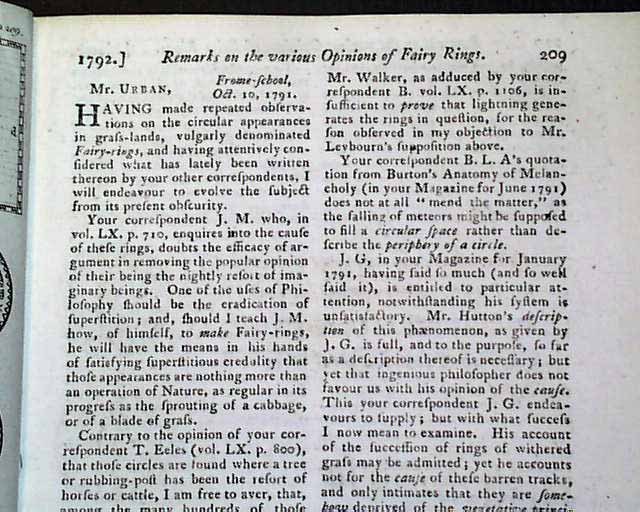 Item # 673365 GENTLEMAN'S MAGAZINE, London, March, 1792  Among the articles are: "Dispassionate Remarks on the Slave Trade" "Remarks on the Various Opinions Fairy Rings" "A Protest Against all the Petitions for the Abolition of the Slave Trade".
Near the back is news of the day including over half a column headed: "America" which includes a report from Hawaii (very early), as well as a report: "...of the Indians having surprised a camp of 2000 Americans a little above Detroit and killed upwards of 1200 together with nearly all their officers...more than probable...is only a repetition of the defeat of the Americans under St. Clair...".
Included are the 3 plates called for.
Complete in 96 pages, full title/contents page with an engraving of St. John's Gate, 5 by 8 inches, great condition.