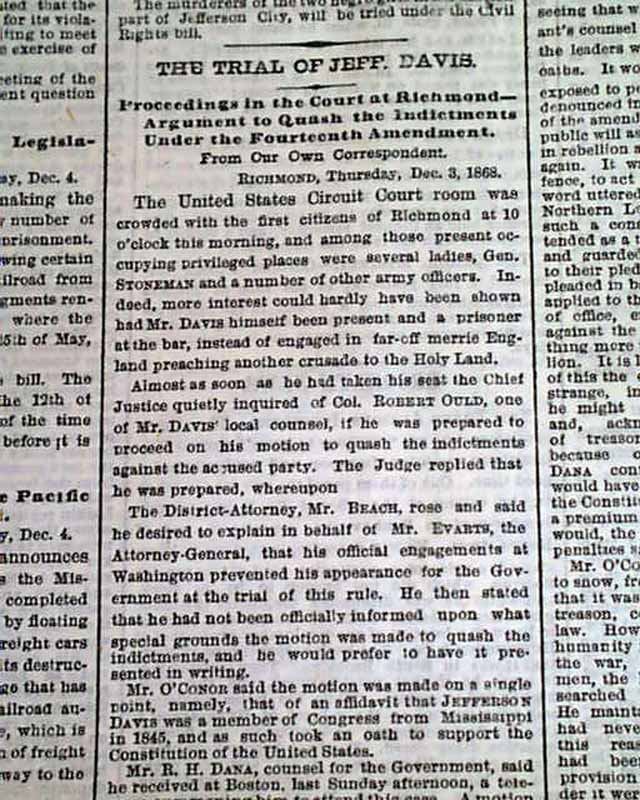 The front page has one column headings: "The Trial Of Jeff. Davis" "Proceedings in the Court at Richmond--Argument to Quash the Indictments Under the Fourteenth Amendment". Coverage on the start of his trial that never happened. The treason charge would be dropped.
Other news of the day. Complete in 8 pages, nice condition.