Home > Back to Search Results > England exercises its control over trade with the American colonies...
Click image to enlarge 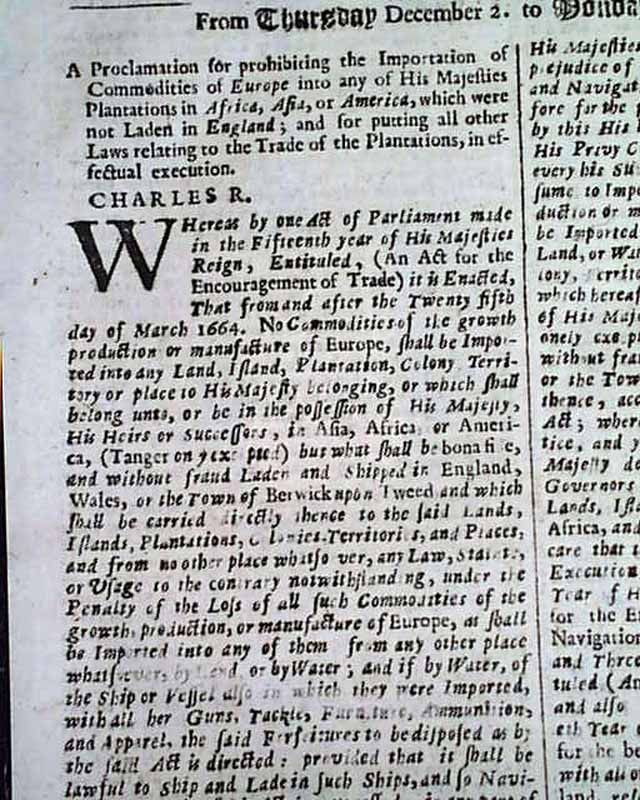 England exercises its control over trade with the American colonies...


THE LONDON GAZETTE, England, Dec. 6, 1675  Almost the entire front page is taken up with: "A Proclamation for Prohibiting the Importation of Commodities of Europe into any of His Majesties Plantations in Africa, Asia, or America, which were not Laden in England; and for Putting all Other Laws Relating to the Trade of the Plantations in Effectual Execution".
Rare to find such lengthy content relating to America in a 1675 newspaper.
Additionally, the back page has a report datelined from Jamaica and another report concerning the loss of ships near Barbados due to a violent hurricane.
Single sheet, 6 3/4 by 11 inches, great condition.