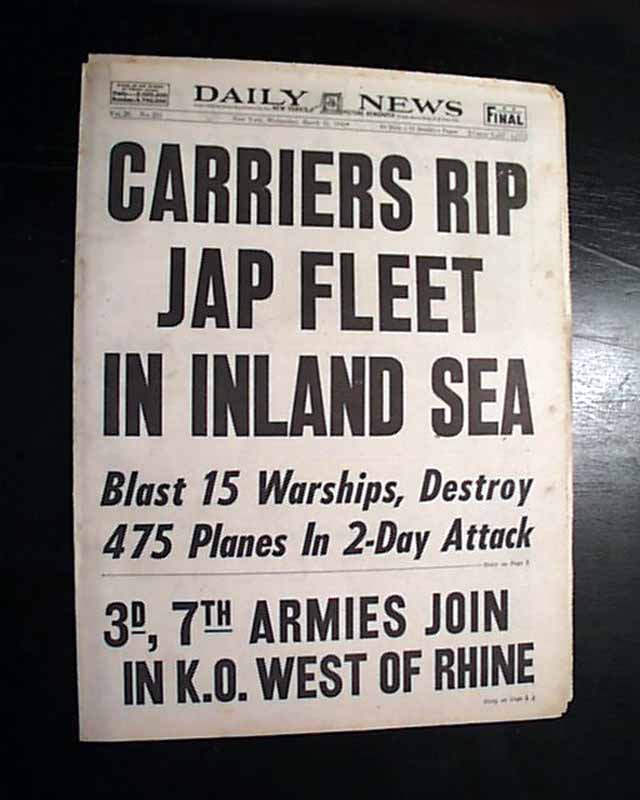 The front page has a nice, displayable headline: "CARRIERS RIP JAP FLEET IN INLAND SEA" with subhead. (see) Reporting begins on page 2 with related photo and map.
Incomplete issue containing 14 of the 64 pages, nice for display as such.

Note: It's very uncommon to find these famous tabloid publications from this era.