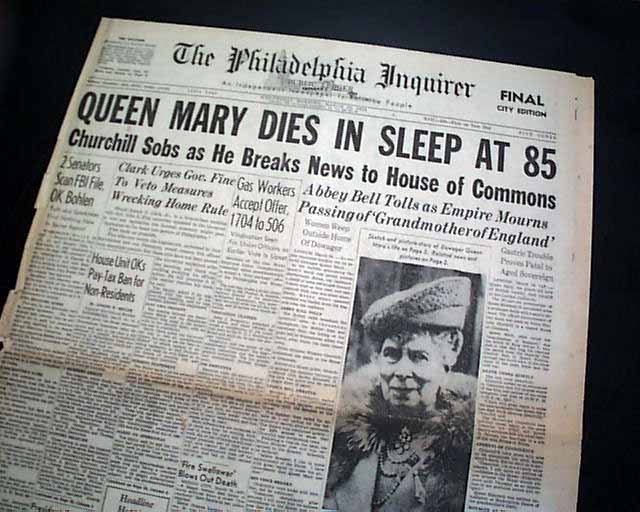 The front page has a nice banner headline: "QUEEN MARY DIES IN SLEEP AT 85; Churchill Sobs as He Breaks News to House of Commons" with subheads and photo of Queen Mary. (see)
Incomplete issue containing 8 of the 16 pages of the 1st section only, some spine and central fold wear, nice for display as such.