Home > Back to Search Results > The new book: "Utah and the Mormons"...
Click image to enlarge 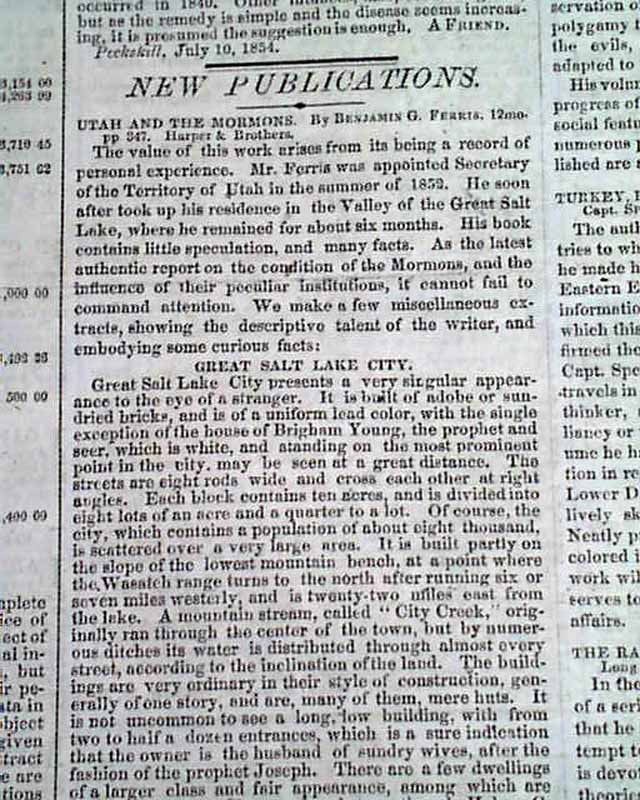 
NEW YORK TRIBUNE, July 15, 1854  Page 7 has a full column report of a new book published titled: "Utah And The Mormons" by Benjamin Ferris, containing many excerpts.
Ferris was appointed as Secretary of the Territory of Utah in 1852 and clashed with the Mormons during his 6 month stay. Part of the introduction of the book's excerpts include: "...His book contains little speculation & many facts. As the latest authentic report on the condition of the Mormons & the influence of their peculiar institutions, it cannot fail to command attention...".
The subheads in the excerpts are: "Health Of the Country"  "The True Mormon".
Eight pages, untrimmed margins, good condition.