Home > Back to Search Results > A battle near Prestonsburg...
Click image to enlarge 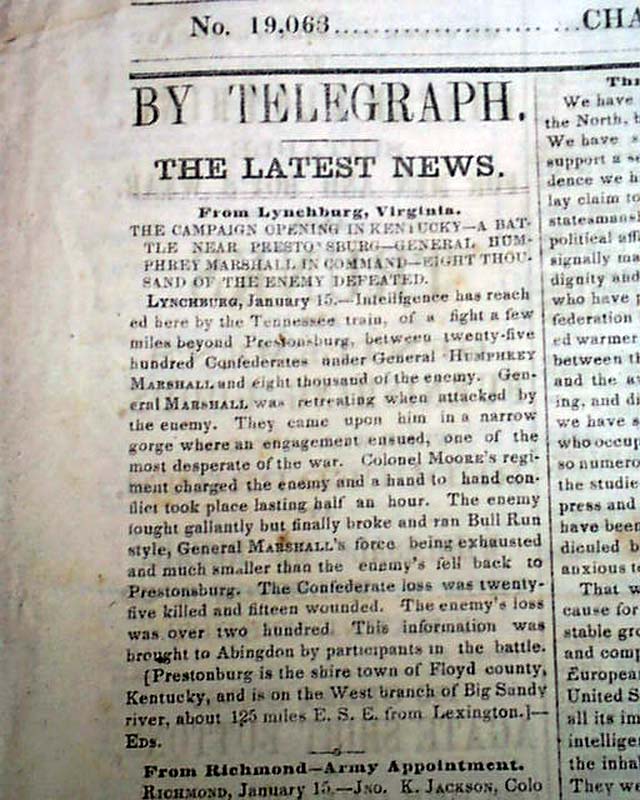 
CHARLESTON DAILY COURIER, South Carolina, Jan. 16, 1862 This is one of just a few newspapers which printed in the dateline: "Confederate States of America". Among the reports are: "The Campaign Opening in Kentucky--A Battle Near Prestonsburg--8000 of the Enemy Defeated" "Gen. McClellan's Opinion About the Duration of the War" "Privateering & Naval Resources" and more.
Four pages, never bound nor trimmed, nice condition.