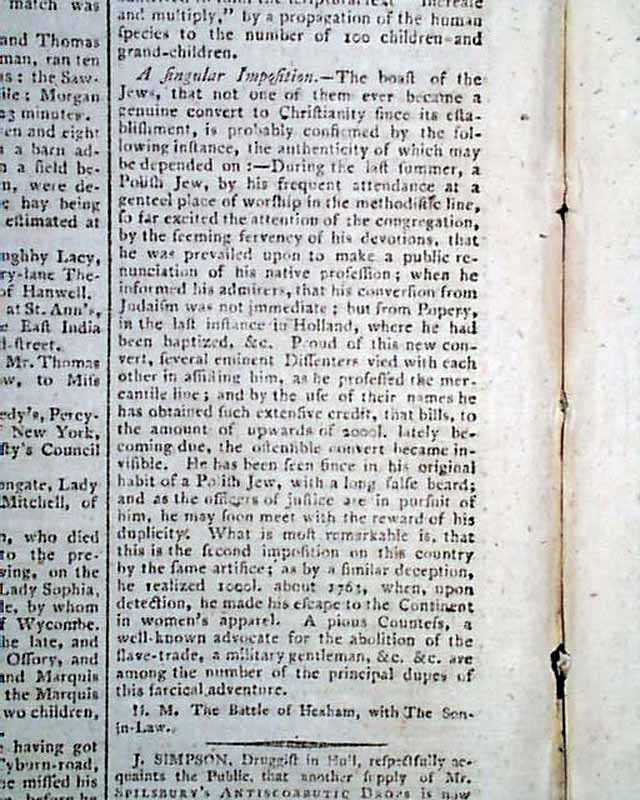 
THE LONDON CHRONICLE, England, August 20, 1789  Page  2 contains an interesting Judaica item headed: "A Singular Imposition" and beginning: "The boast of the Jews, that not one of them ever became a genuine convert to Christianity since its establishment is probably confirmed by the following instance...During the last summer a Polish Jew...so far excited the attention of the congregation by the seeming fervency of his devotions that he was prevailed upon to make a public renunciation of his native profession; when he informed his admirers that his conversion from Judaism was not immediate..." with more.
Eight pages, very nice condition. Partial red ink tax stamp.