Home > The first non-stop flight across the Atlantic Ocean...
Click image to enlarge 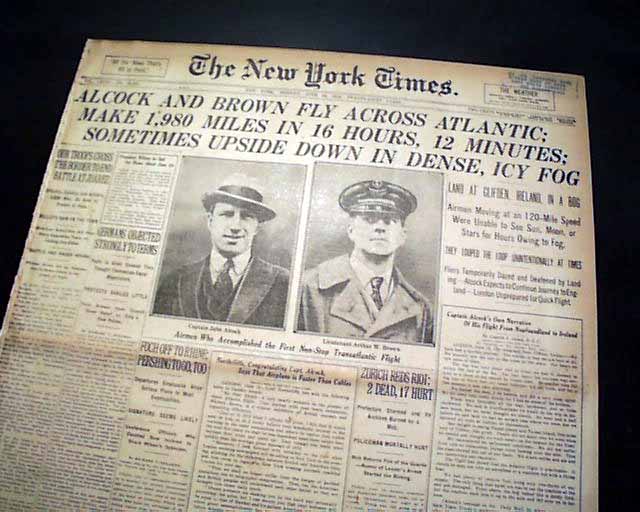 The first non-stop flight across the Atlantic Ocean...

It may be a surprise to many that Charles Lindbergh was not the first to fly non-stop across the Atlantic (his was the first solo flight). Eight years previously the pair of John Alcock & Arthur Brown made the historic flight which this issue heralds with a banner headline: "ALCOCK AND BROWN FLY ACROSS ATLANTIC; MAKE 1,980 MILES IN 16 HOURS, 12 MINUTES; ICE COATS MACHINE FOR HOURS AS THEY FLY." with various related subheads as well as photos of both men. Always nice to have notable events in history reported in this World famous publication.
Twenty-eight pages, loose along the spine, light toning, some margin wear, should be handled with care. Nice for display as such.