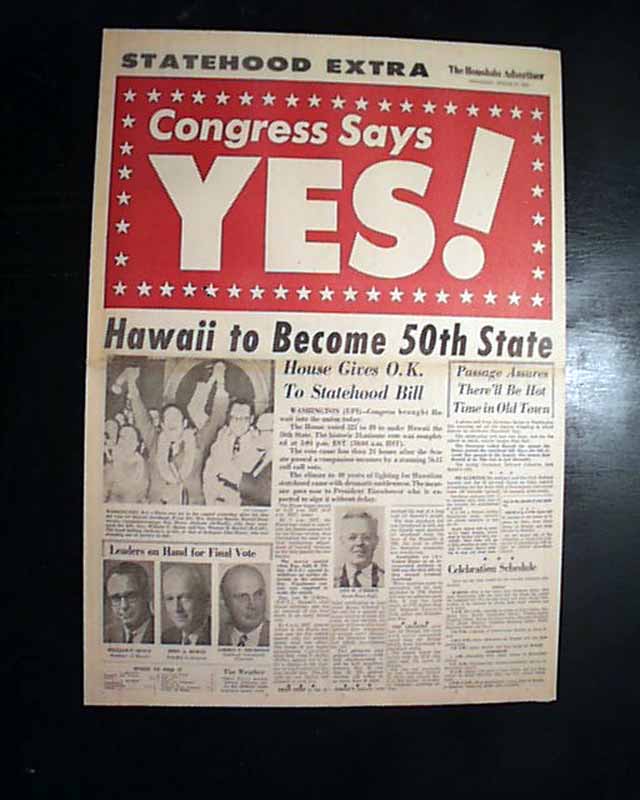 See the photo for this very dramatic & displayable front page. Nearly half of the front page is taken up with: "Congress Says YES ! " in huge letters dropped out of a large red box, above which is printed: "Statehood Extra". The banner headline beneath the box is: "Hawaii To Become 50th State" with other related subheads. One of the front page photos shows Hawaii politicians celebrating in Washington, D.C.
The complete first section (of 2) with ten pages. Nice condition. Nice for display.