Home > Back to Search Results > On removing the Cherokees to west of the Mississippi...
Click image to enlarge 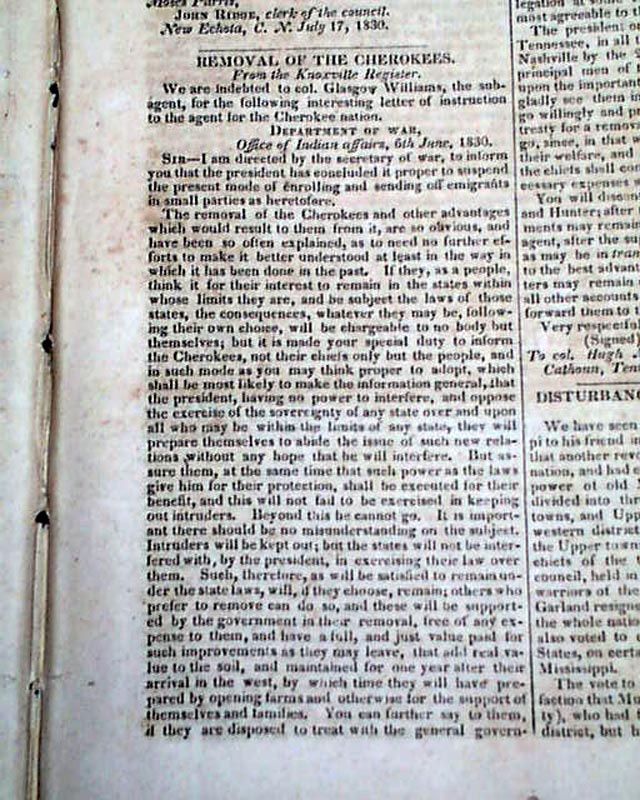 On removing the Cherokees to west of the Mississippi...

Near the back is: "Removal of the Cherokees" which is a follow-up to the Indian Removal Act signed by the President 3 months prior. The lengthy letter from the "Department of War, Office of Indian Affairs" explains the benefits of the Indians being removed to west of the Mississippi and the dangers of staying where they are. Ultimately this controversial Act would result in the Trail of Tears.
Sixteen pages, 6 by 9 1/4 inches, loss to an upper corner of the front leaf affects type but not in mentioned article, otherwise good.