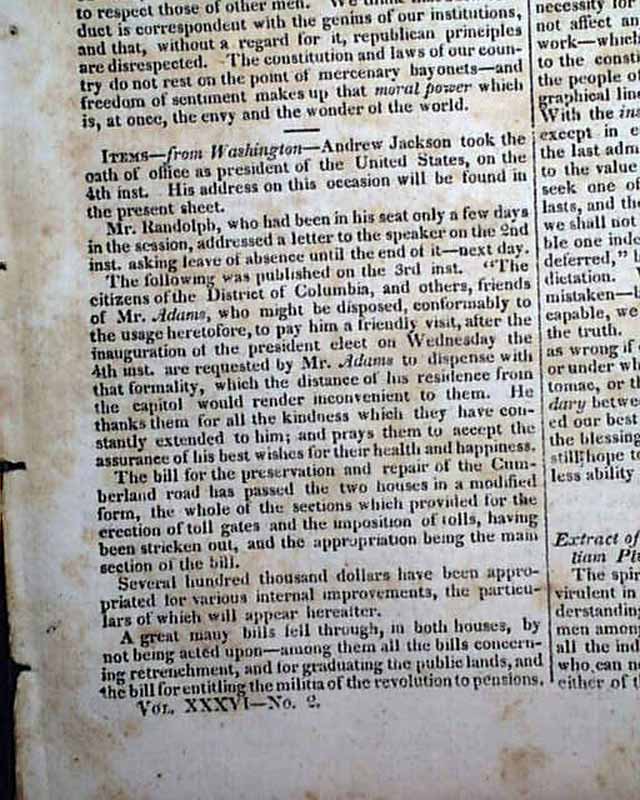 An inside page has a nice article headed: "The Inauguration" which begins with details of the proceedings including: "...in the presence of an immense concourse of spectators, filling the portico, the steps...the president of the United States delivered his inaugural address as given below, and having concluded it, the oath to support the constitution was administered to him by chief justice Marshall..." with more. This is then followed by the: "Inaugural Address" which takes 1 1/2 columns.
Among other articles within this issue are: "The New Cabinet", a letter signed in type: John Quincy Adams headed "Politics of 1808" "Titles of the Acts of Congress Passed at the Session just closed", a short letter signed in type: Andrew Jackson, and more.
Sixteen pages, 6 1/4 by 9 3/4 inches, a bit irregular at thke right margin with one leaf close-trimmed affecting some words but not in any mentioned reports. 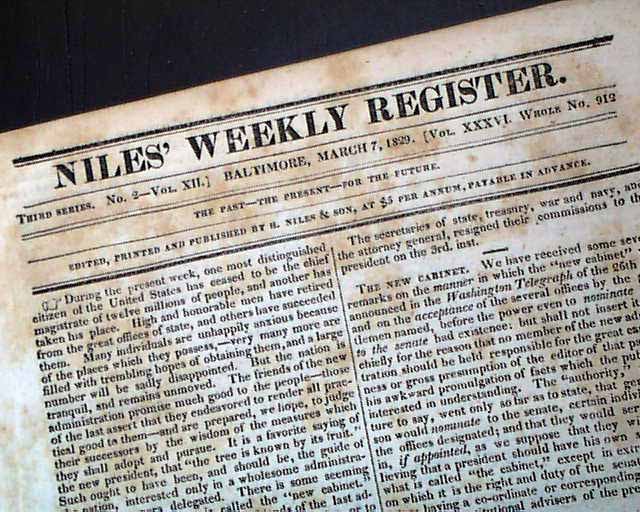 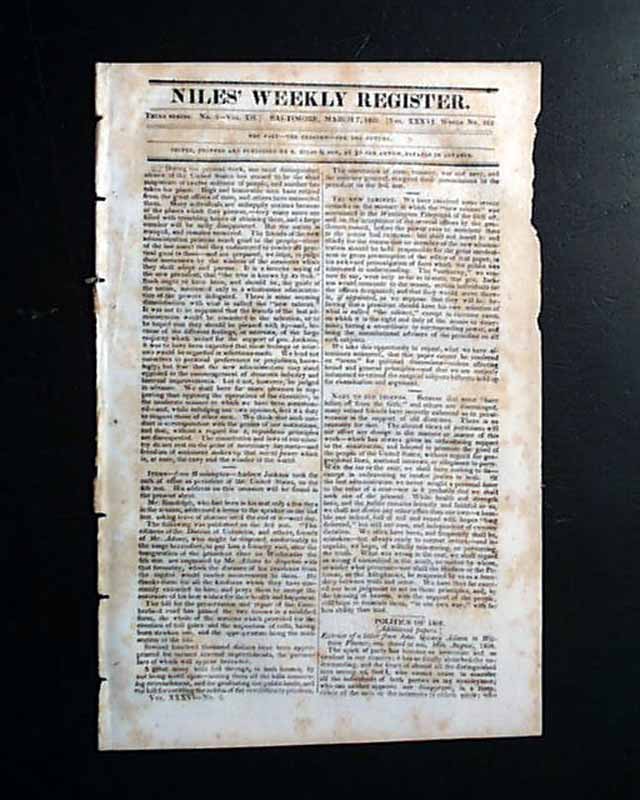 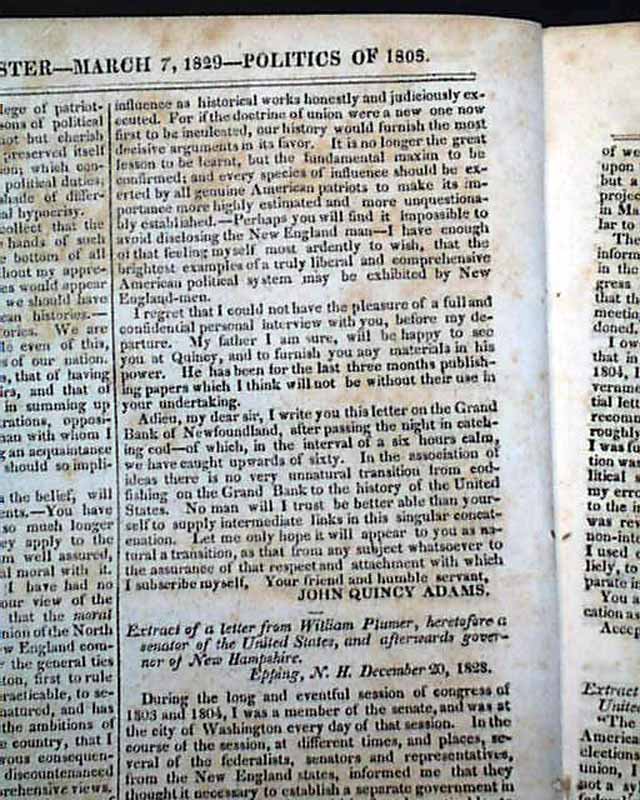 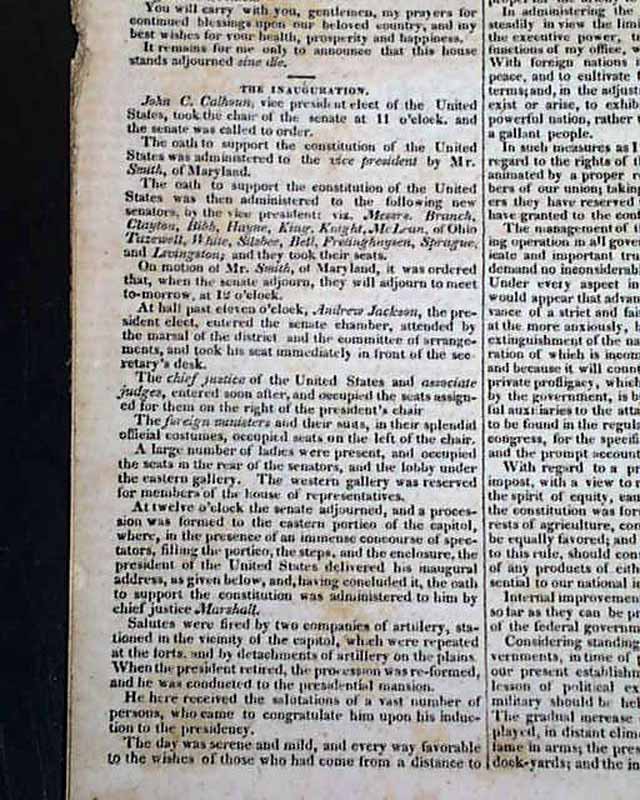 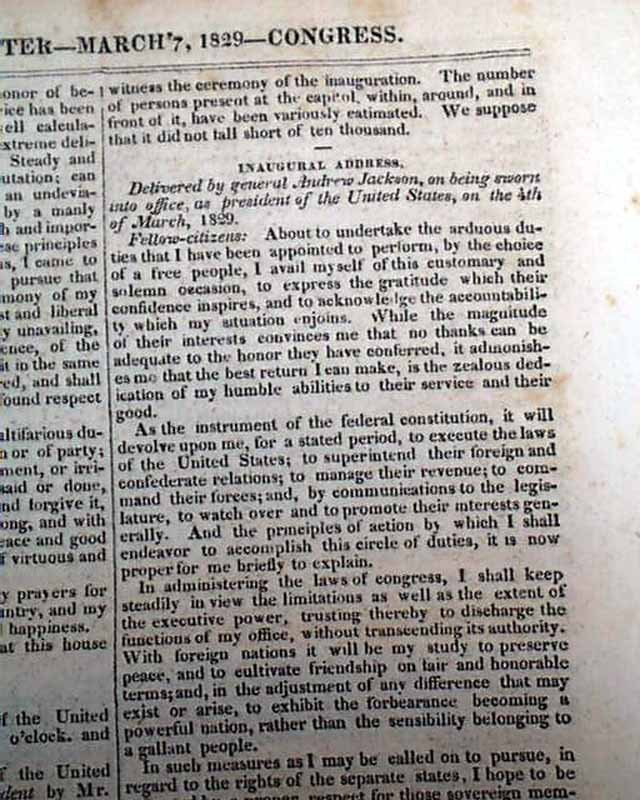 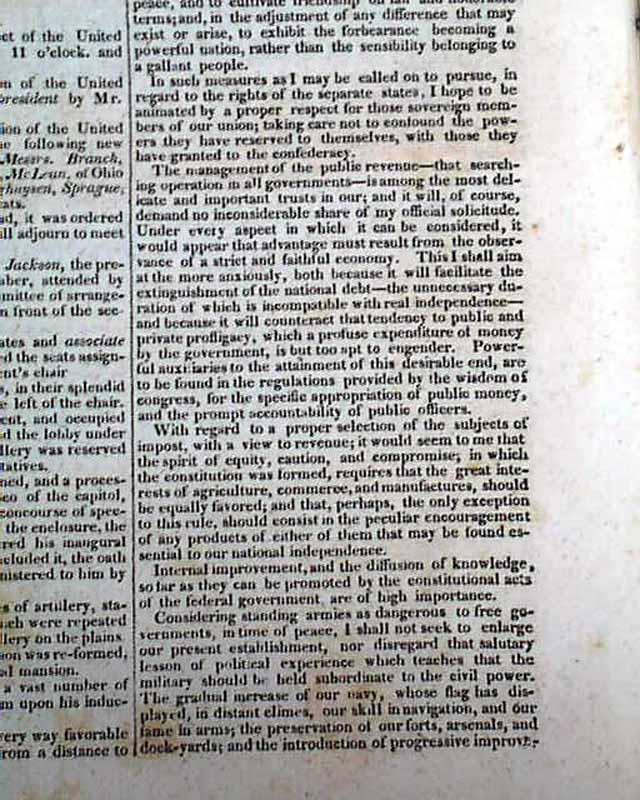 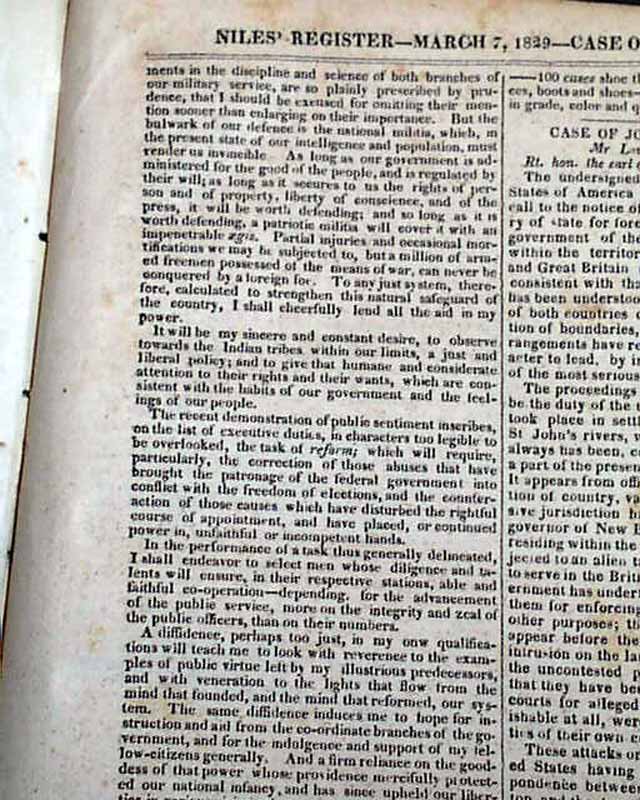