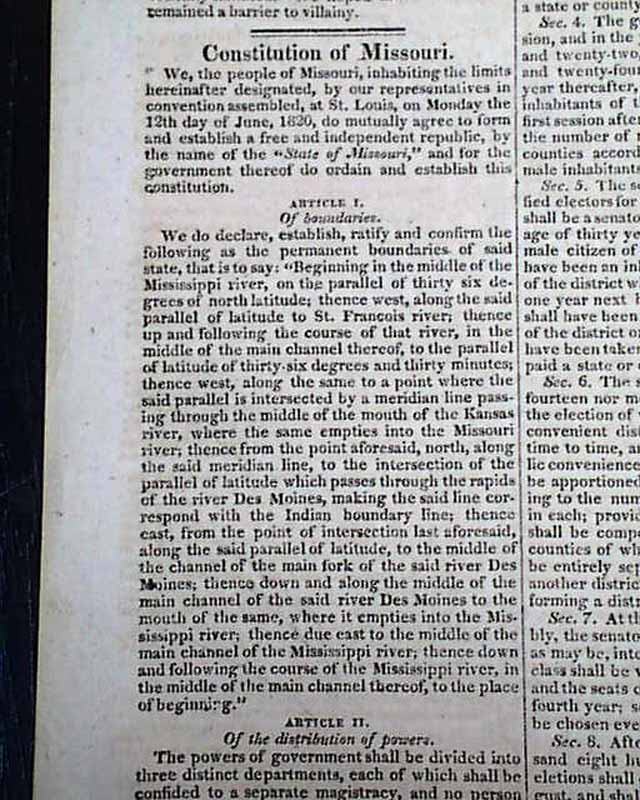 Within is the complete printing of the: "Constitution of Missouri" which takes nearly 9 pages. This is a significant printing, as there was much slavery-related controversy on allowing Missouri to join the union, and this printing is from the year Missouri became a state.
One portion of the constitution includes: "The general assembly shall have no power to pass laws for the Emancipation of slaves without the consent of their owners..." with more. The constitution is signed in type by the president of the convention: David Barton.
Following the Constitution is: "An Ordinance" introduced with: "Declaring the assent of the people of the state of Missouri...to form a constitution & state government & for the admission of such state into the union on an equal footing with the original states, and to prohibit slavery in certain territories."
Complete in 16 pages, 6 1/4 by 9 1/2 inches, very nice condition.