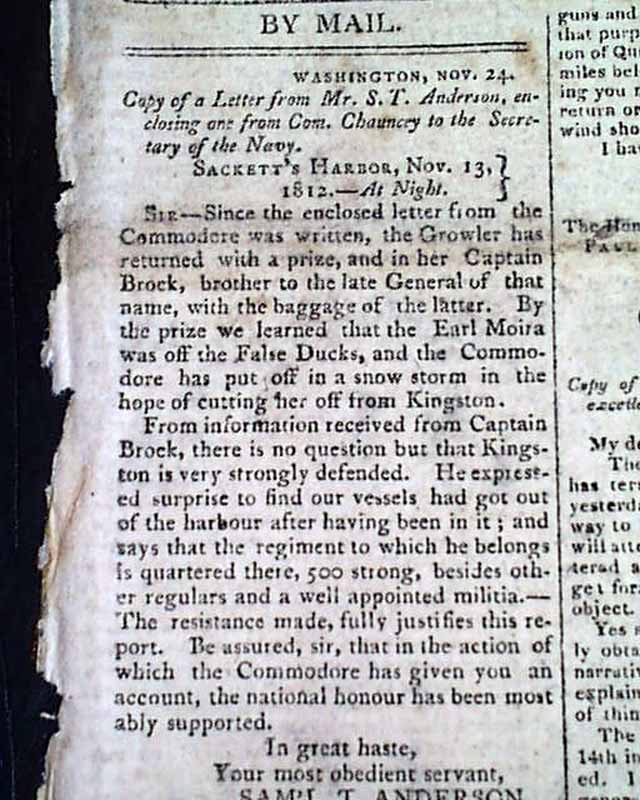 
THE REPERTORY & GENERAL ADVERTISER, Boston, Dec. 4, 1812  The ftpg. has over a column taken up with the situation at Sacket's Harbor, including a lengthy letter from there signed in type by: Isaac Chauncey.
But the most interesting piece may be the brief report on page 2: "Of all the contemptible & ridiculous braggarts that ever disgraced the profession of a soldier, it is admitted on all sides that General ALEXANDER SMYTH stands in the very first rank."
The back story is that Smyth was to lead the invasion of Canada at Niagara. But his plan would be flawed due to poor organization and would not happen. He would be called a coward and was insulted by Brig. General Porter who accused Smyth of cowardice. Smyth challenged Porter to a due, but both men went unscathed--both missed.
Four pages, minor foxing, good condition.