Home > Back to Search Results > Trial and conviction of a spy...
Click image to enlarge 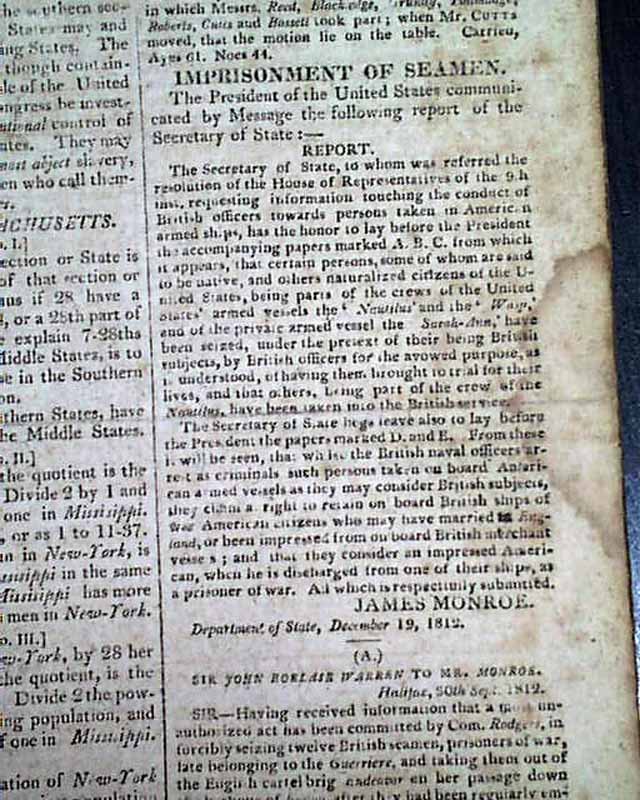 Trial and conviction of a spy...


COLUMBIAN CENTINEL, Boston, Dec. 30, 1812  Page 2 has an interesting report, taking about half a column, beginning: "...proceedings at Buffaloe, of a Court Martial appointed to try Elijah Clark as a Spy. The facts which appeared at the trial are that the said Clark was born in New Jersey...he removed to Canada...must have become naturalized & a British subject. Clark, being found within the American Lines since the declaration of war--was arrested, tried, found guilty as a Spy, and sentenced to be hanged...." and the balance of the article reports the various details of his situation.
Rarely do we find accounts of trials for spying.
Other reports on the War of 1812.
Four pages, scattered foxing, good condition.