Home > Back to Search Results > You know of Molly Pitcher. Do you know of Betsy Doyle?
Click image to enlarge 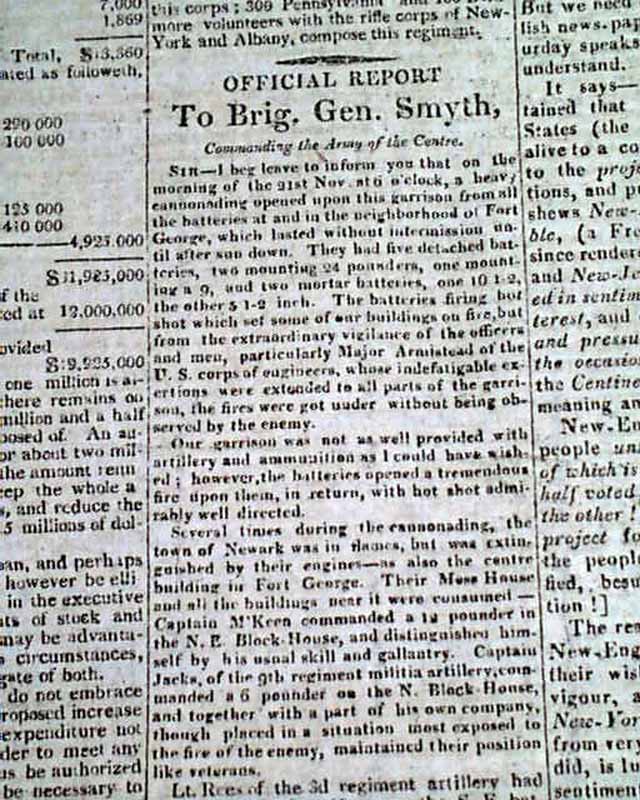 You know of Molly Pitcher. Do you know of Betsy Doyle?

Page 2 has: "Official Report To Brig. Gen. Smyth" signed by Geo. McFeeley commanding at Fort Niagara. This is a fine & very detailed account of the cannonading of Fort Niagara by the British, with the most notable portion being the report of the involvement of Betsy Doyle.
Within McFeeley's report is: "...An instance of extraordinary bravery in a female (the wife of one Doyle, a private in the United States Artillery, made a prisoner at Queenston,) I cannot pass over. During the most tremendous cannonading I have ever seen, she attended the six-pounder on the mess-house with red hot shot, and showed fortitude equal to the Maid of Orleans...".
In an act of female heroism during combat, much like the work of Molly Pitcher (although considered folklore by many historians), Betsy Doyle played a notable role. A mother of four whose husband was captured at the Battle of Queenston & held as a prisoner by the British, after some gunners were wounded Betsy stepped in to help. The Americans were loading "red hot shot" into their guns to fire at Fort George. Betsy helped bring the shot from the fireplaces downstairs to the guns.
Other fine content on the War of 1812 as well as a chart of: "Accurate Votes" for President & Vice President, but it pales in comparison to the rarely-reported Betsy Doyle report.
Four pages, nice condition.