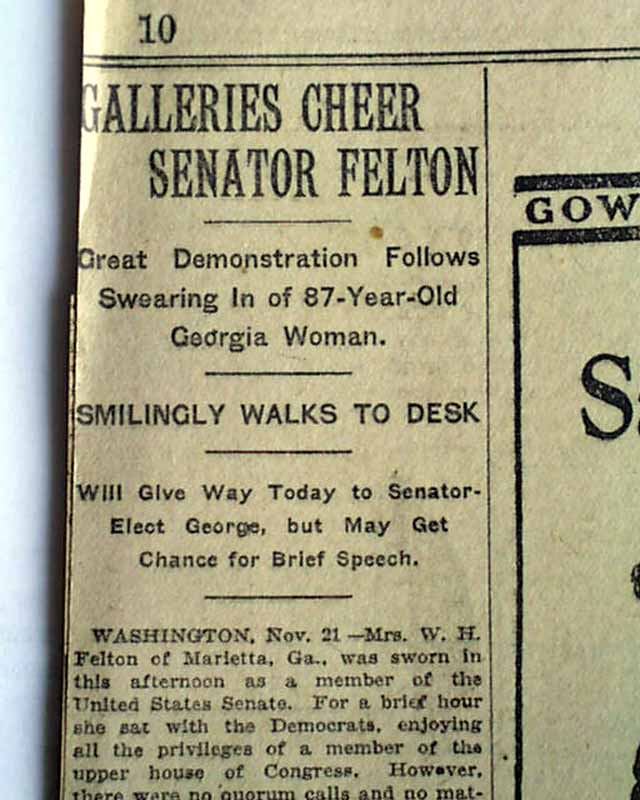 Note: Although notable being the first woman to serve in the Senate, the honor was mostly ceremonial as she served but one day. Rebecca Latimer Felton was the most prominent woman in Georgia in the Progressive Era. At 87 yeas of age she was the oldest freshman senator to enter the Senate. She was the only woman to have served as a Senator from Georgia until 2020.

The issue is complete, and is VERY fragile with chipping around the edges. The noteworthy content is fine, but the margin is closely trimmed. See images for details.