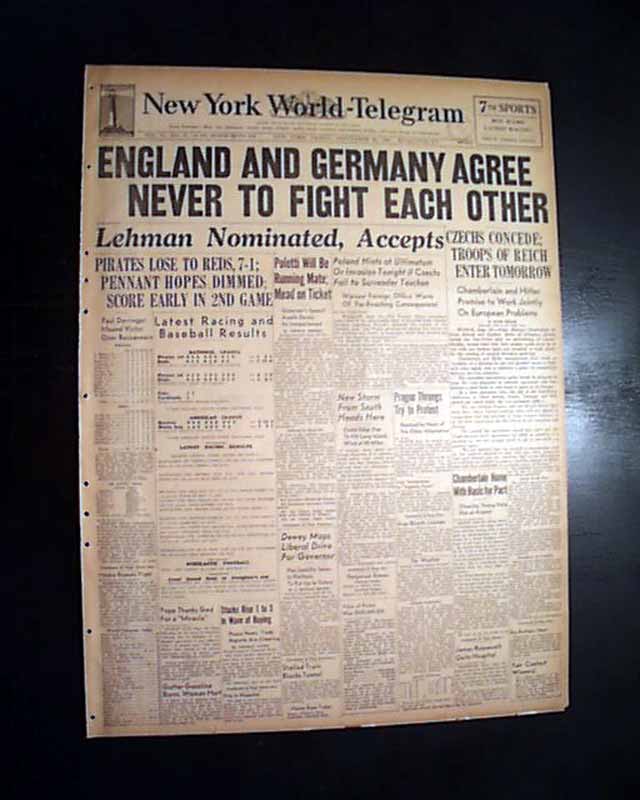 The front page has a nice banner headline: "ENGLAND AND GERMANY AGREE NEVER TO FIGHT EACH OTHER" with various subheads that include: "Czechs Concede; Troops Of Reich Enter Tomorrow" and more. Nice for display.
Complete with 40 pages, small library stamp within the masthead, light toning at the margins, some small binding holes along the spine, generally very nice.