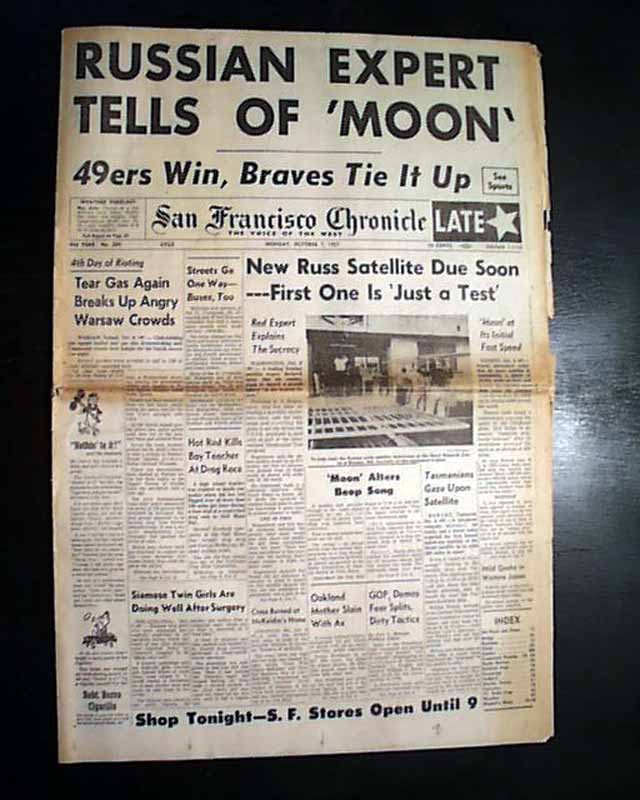 A report in the space race, with a banner headline abovethe masthead: "RUSSIAN EXPERT TELLS OF 'MOON'" with subheads and related photo.
This event shocked the American scientific community and sufficiently scared the Americans into an all-out space race. There was great fear at the time of Soviet dominance of space and the potential use of satellites for military purposes (see hyperlink for much more).
Complete 1st section only with 12 pages, light toning and minor wear at the central fold, and margins, generally nice.