Home > Back to Search Results > Two intriguing articles on the assassination plot...
Click image to enlarge 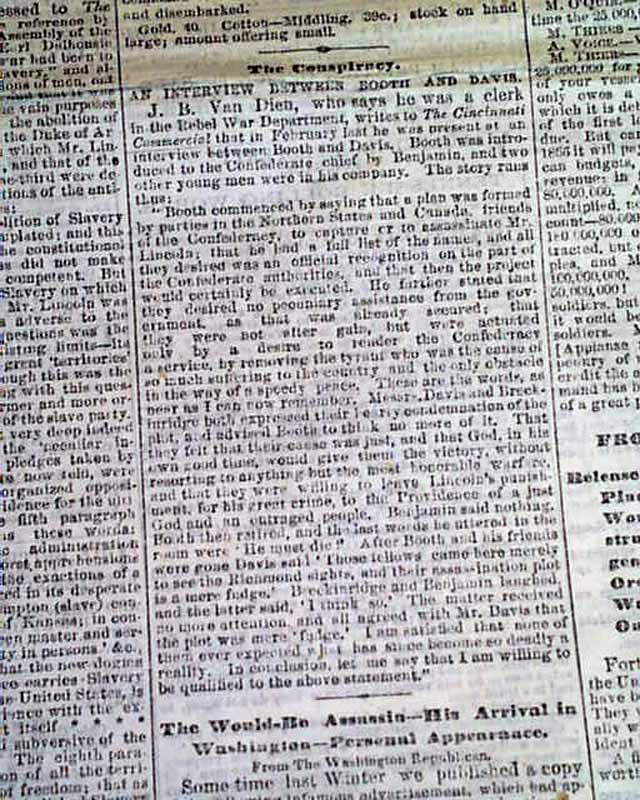 The ftpg. has an article: "The Conspiracy--An Interview Between Booth & Davis" with details of the meeting, beginning: "Booth commenced by saying that a plan was formed by parties in the Northern States & Canada, friends of the Confederacy, to capture or to assassinate Mr. Lincoln..." with much more fascinating text. This is followed by yet another intriguing article: "The Would-Be Assassin--His Arrival in Washington--Personal Appearance" which related to an advertisement which appeared in the "Selma Advertiser" the previous year which was essentially an ad offering $1000 to someone to: "...cause the lives of Abraham Lincoln, William H. Seward and Andrew Johnson to be taken by the 1st of March next. This will give us peace & satisfy the world..." with more.
Eight pages, unbound and uncut, a little creasing at the folds which slightly affects readability, generally good.