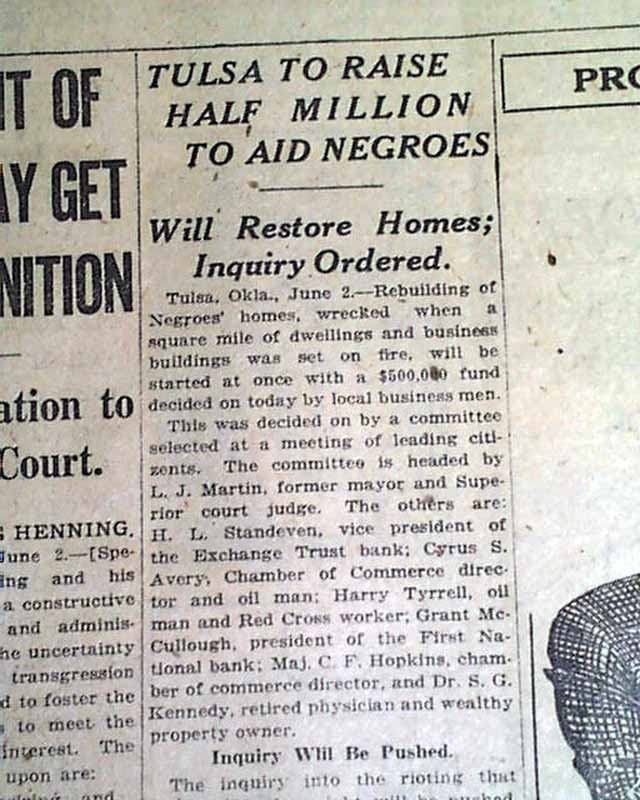 The front has a one column heading: "Tulsa To Raise Half Million To Aid Negroes"  with subhead. (see)
Thirty-two pages, light toning and some wear at the margins, should handled with care.