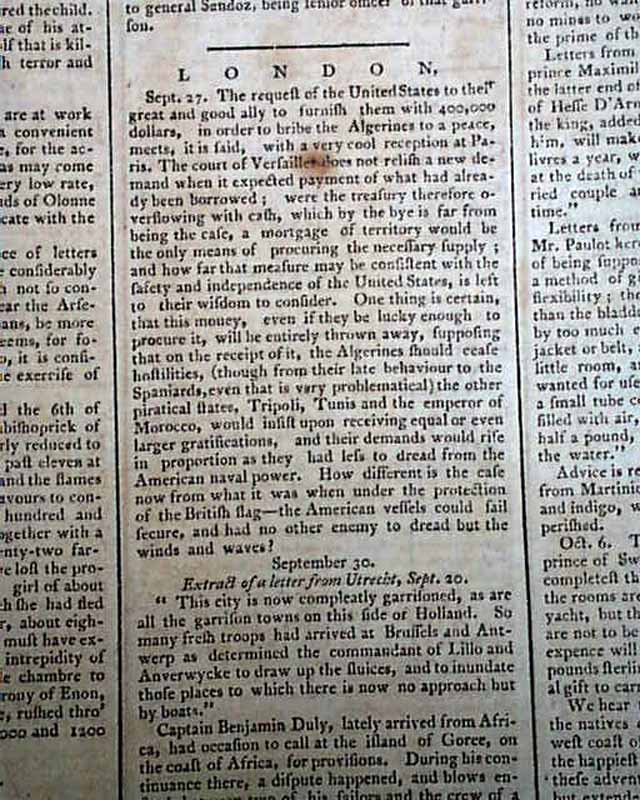 
PENNSYLVANIA PACKET & DAILY ADVERTISER, Philadelphia, Nov. 30, 1785  Page 2 has an item: "The request of the United States to their great and good alley [France] to furnish them with $400,000 in order to bribe the Algerines to a peace meets, it is said, with a very cool reception at Paris...how far that measure may be consistent with the safety & independence of the United States is left to their wisdom to consider..." with more.
Page 3 has a bit: "There was much good policy in ceding Florida to Spain, as it must lay the foundation of a future rupture  between the new states and that county, especially as the Georgians are by much the most lawless & licentious people in America & disposed for every kind of mischief that poverty & internal discontent can lead to." Florida would later be annexed to the United States in 1819.
The back page has a nice illustrated ad for a "Hat Manufacturer" which shows the classic tricorne (three corner) hat of the colonial period.
Four pages, very nice condition.