Home > Back to Search Results > Statehood of Michigan...
Click image to enlarge 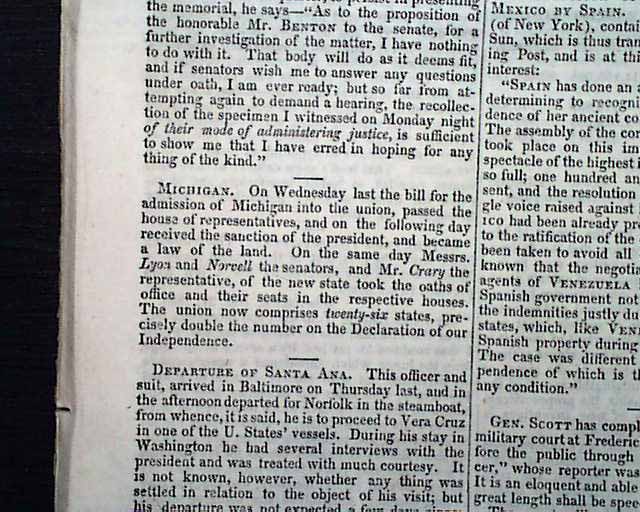 * Michigan statehood
* Admitted to the Union

The front page has a report "Michigan. On Wednesday last the bill for the admission of Michigan into the union, passed the house of representatives, and on the following day received the sanction of the president, and became a law of the land... The union now comprises twenty-six states, precisely double the number on the Declaration of our Independence." Towards the back of the issue is another report on the congressional discussion and voting of the bill.
Eight pages, 8 1/4 x 12 1/4 inches, nice, clean condition.