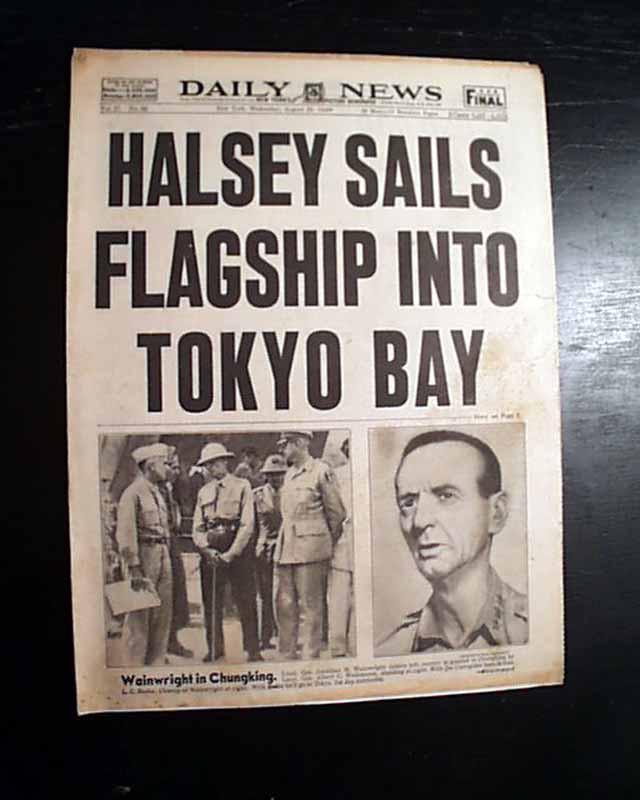 The top half of the front page is taken up with a nice, displayable headline: "HALSEY SAILS FLAGSHIP INTO TOKYO BAY" Coverage on the initial occupation Japan with the United States Navy entering Tokyo Bay on page 3. The official signing of surrender would take place on board the USS Missouri a few days later.
Incomplete issue containing 10 of the 56 pages, light toning and minor wear at margins, nice for display as such.

Note: It's very uncommon to find these famous tabloid publications from this era.