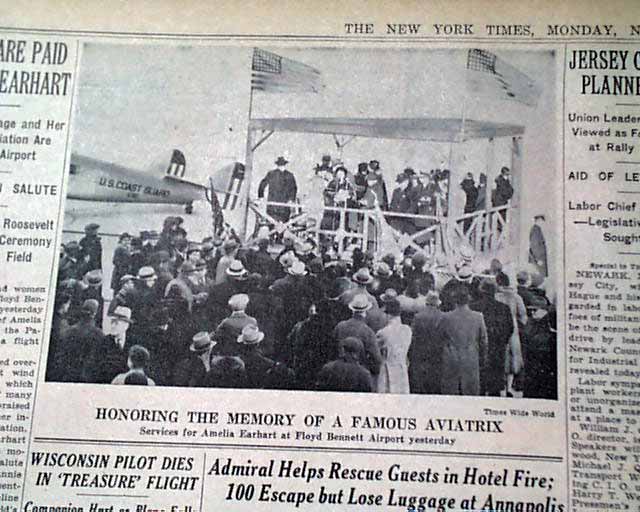 The top of page 5 has a three column photo with heading: "Honoring The Memory Of A Famous Aviatrix" Also a one column heading: "TRIBUTES ARE PAID TO AMELIA EARHART" with subheads. (see) Was this her official funeral after being lost over the Pacific Ocean in early July of the same year ?
Other news, sports and advertisements of the day. Each issue is complete with 38 pages, light toning at the margins, nice condition.