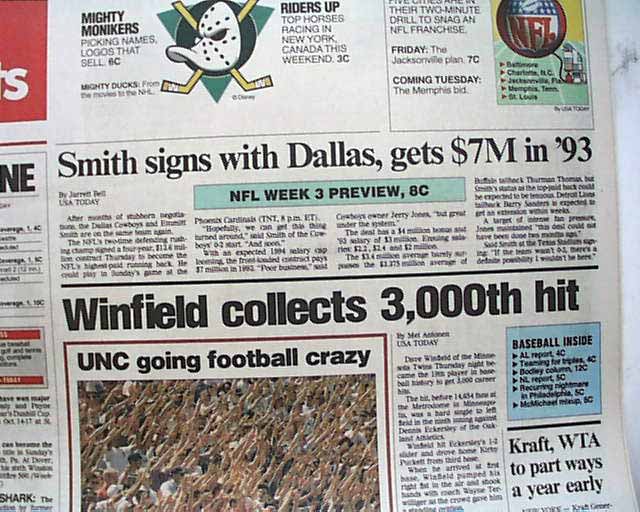 
USA TODAY, Sept. 17 1993  The front page has a small section leading to sports with a photo of Emmitt Smith and the following two headings: "WINFIELD NAILS HIT No. 3,000" and "EMMITT SMITH SIGNS FOR $13.6 MILLION WITH DALLAS COWBOYS".
In the sports section are these two  headings: "Winfield collects 3,000th hit" and "Smith signs with Dallas, gets $7M in '93".

Believed to be complete with multiple sections but is being offered for the described content. Good condition.