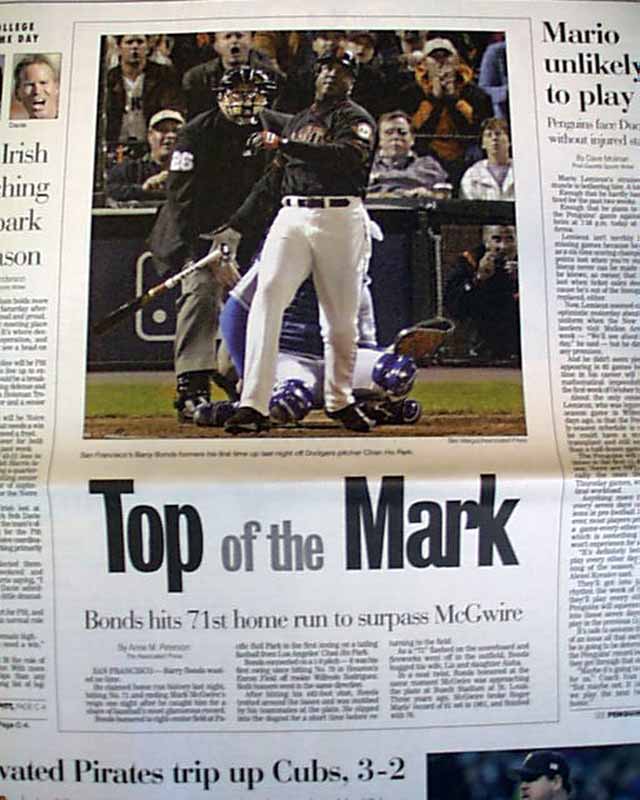 
PITTSBURGH POST-GAZETTE, Oct. 6, 2001.  The front page has small picture of Barry Bonds leading to the sports section: "San Francisco's Barry Bonds becomes the first player in history to hit more than 70 home runs in a season."

The sports section has several headings and photos associated with bonds: "Top of the Mark", "Bonds hits 71st home run to surpass McGwire", and "Pitching to Bonds only way to keep L.A's honor intact." The front page also has the heading "SCHWEIKER TAKES THE HELM" with a picture of the Governor.

Believed to be complete in multiple sections but is being offered for the described content. In very good condition.