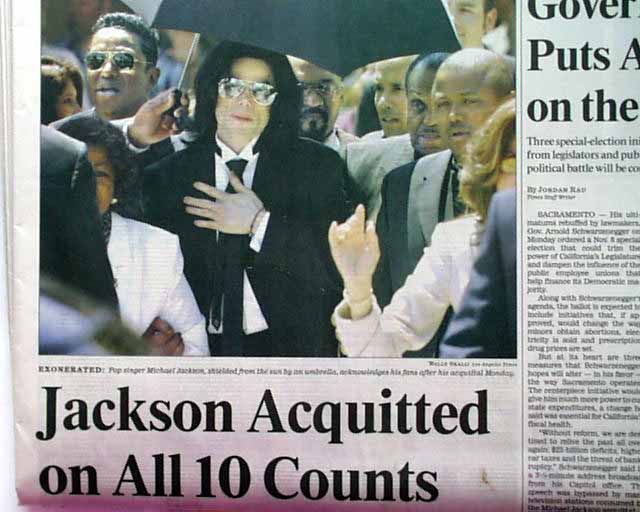 
LOS ANGELES TIMES, June 14, 2005  The front page has: "Jackson Acquitted on All 10 Counts", which covers the acquittal of Michael Jackson on all charges regarding the charges of the sexual abuse of minors. Multiple pages within also have related coverage with photos.
Also quite historic is the page A8 heading: "Senate Issues an Apology for Inaction on Lynchings", with a corresponding photo and considerable coverage. Page A9 has: "High Court Overturns Two Convictions - The California courts have turned a blind eye to racial discrimination in jury selection" and front page lead: "Justices Target Race Bias in Juries"
The issue is in very good condition and is believed to be complete in multiple sections; however, it is being offered for the stated content.