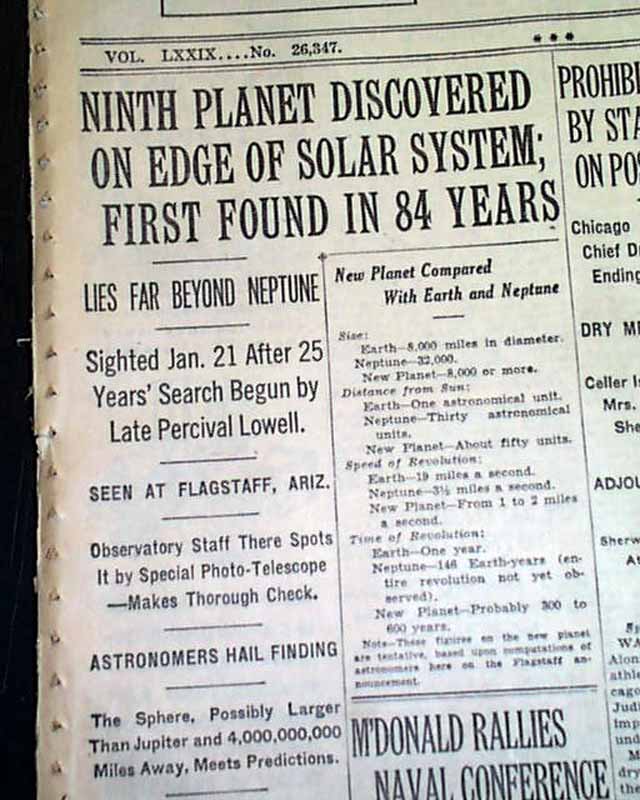 The top of the front page has a two column headline: "NINTH PLANET DISCOVERED ON EDGE OF SOLAR SYSTEM; FIRST FOUND IN 84 YEARS" with subheads. (see) First report coverage continues on page 14 with related diagram. Loads of text, too much to photograph all. Always nice to have notable events in history reported in this World famous publication.
Complete with 42 pages, light toning and minor wear at the margins, generally very nice.