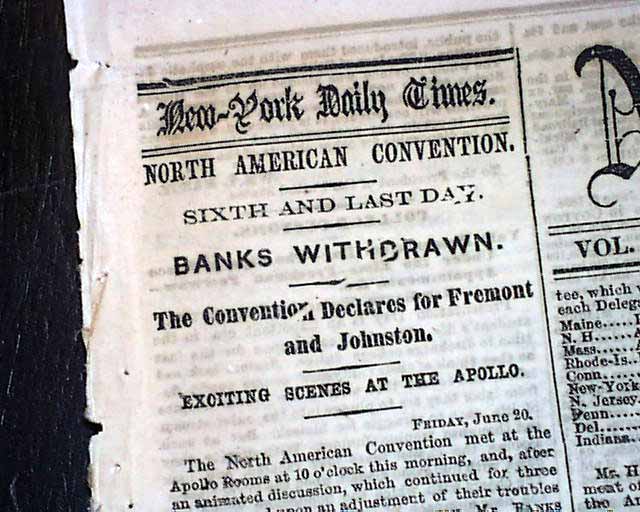 A very historic issue for the Republican party as it reports their first Presidential nominee, John Fremont.
The report shown is of the North American Party, nominating Fremont & Johnston for President & Vice President. This party would soon join the recently created Republican Party (its nominating convention was a bit earlier in Phila.) for the general election with nominees Fremont and Dayton with the prohibition of slavery as the principal issue of their platform.
The top of the front page begins with column heads: "North American Convention" "Sixth and Last Day" "Banks Withdrawn" "The Convention Declares for Fremont and Johnston".
The article takes just over the entire first column.