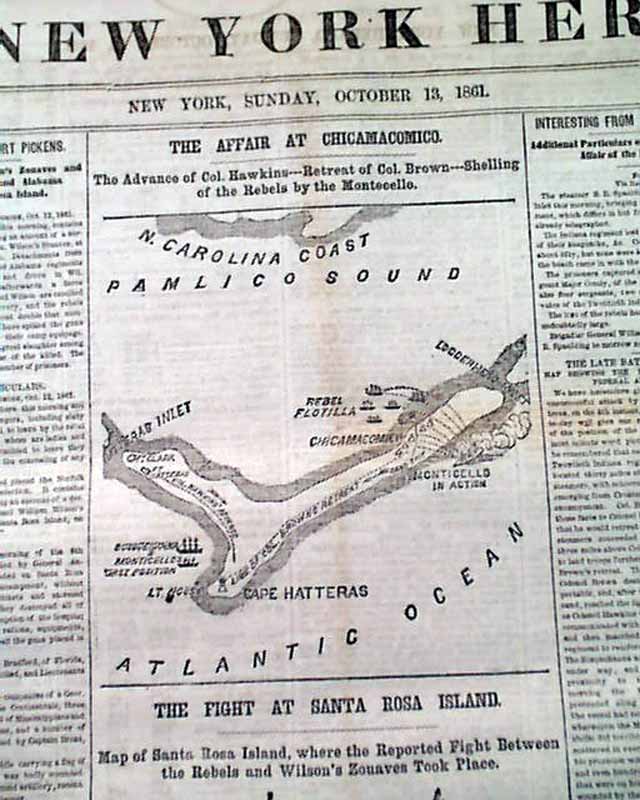 The front page has two maps titled: "THE AFFAIR AT CHICAMACOMICO" and "THE FIGHT AT SANTA ROSA ISLAND" which is in Florida near Pensacola Bay.
Among the one column headlines on the Civil War are: "THE REBELLION" "Advance of the Rebels on the Potomac" "Battle Between the Rebels and Col. Wilson's Regiment Near Fort Pickens" "Additional Details of the Battle at Chicamacomico and more.
Eight pages, a bit of toning, good condition.