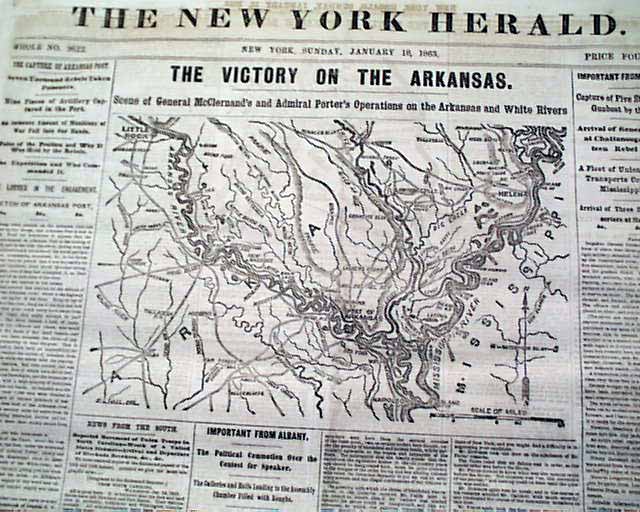 The top of the front page features a detailed map: "THE VICTORY ON THE ARKANSAS". Then a wealth of column heads on the war including: "The Capture of Arkansas Post" "7,000 Rebels Taken Prisoners" "Immense Amount of Munitions of War Fall Into Our Hands" "Capture of Five Steamers & a; Gunboat by the Rebels" "Arrival of General Longstreet at Chattanooga..." and much more.
The top of page 2 has a war map: "The Battle of Chickasaw Bayou" with related column heads. And page 5 has various dispatches signed by Abraham Lincoln, Edwin Stanton & Geo. McClellan concerning the progress of war.
Eight pages, nice condition.