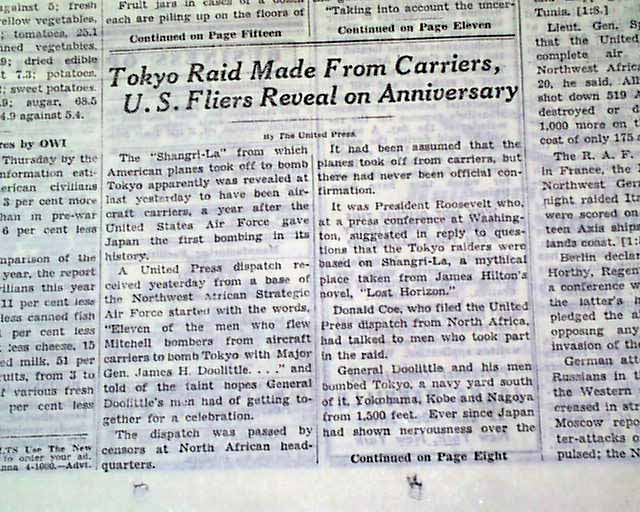 Near the bottom front page is a two column heading: "Tokyo Raid Made From Carriers, U.S. Fliers Reveal on Anniversary". (see) This was when it was first revealed to the public that Jimmy Doolittle was responsible for the raid on Japan exactly one year earlier.
Complete with all 38 pages, rag edition in very nice condition.