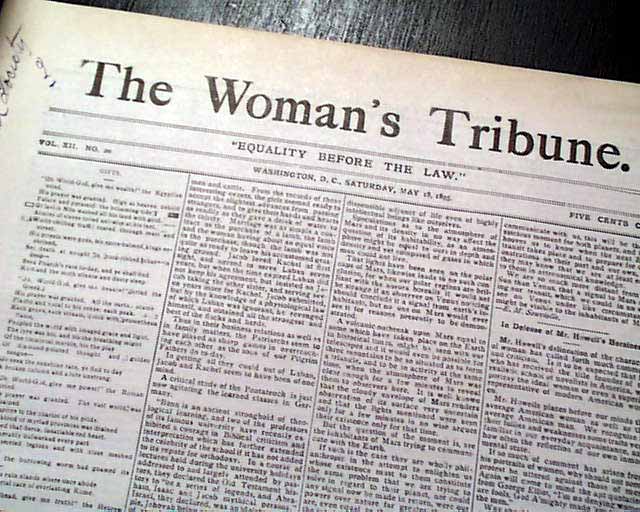 Their motto in the masthead: "Equality Before The Law". This was the country's leading women's suffrage publication having begun in Beatrice, Nebraska, before moving to Washington, D.C. Published by Clara Bewick Colby, a women's rights activist & suffragist leader, she was a war correspondent during the Spanish-American War, the first woman to be so recognized.
As would be suspected the content is primarily focused on women's rights and suffrage including a front page continuation of "The Woman's Bible" by Elizabeth Cady Stanton.
Four pages, tabloid size, a few small binding holes along the blank spine, a little stray writing along left margin, very nice condition.