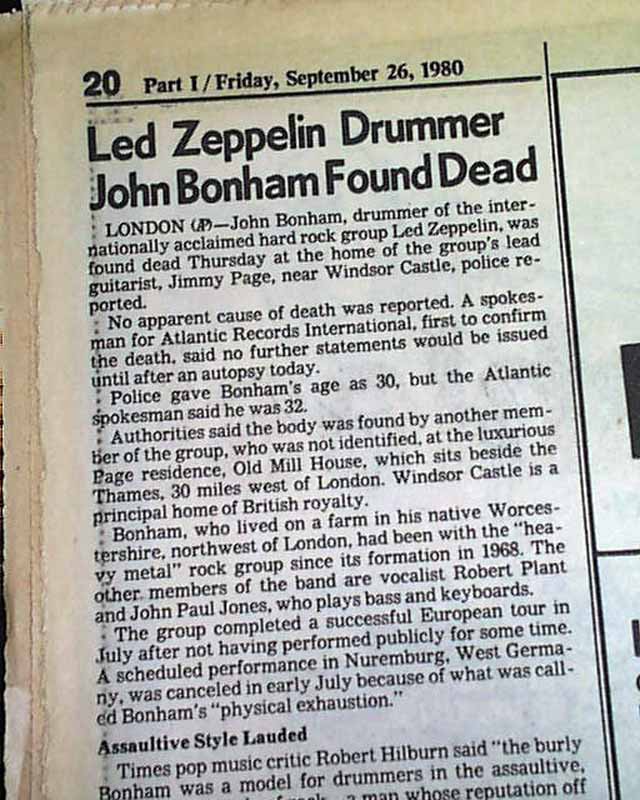 The top of page 20 has a report headed: "Led Zeppelin Drummer John Bonham Found Dead". Bonham was widely considered to be the greatest drummer in music history. Great to have this report in a newspaper from the home of the entertainment industry.
The complete first section only with pages 1-24, very nice condition. 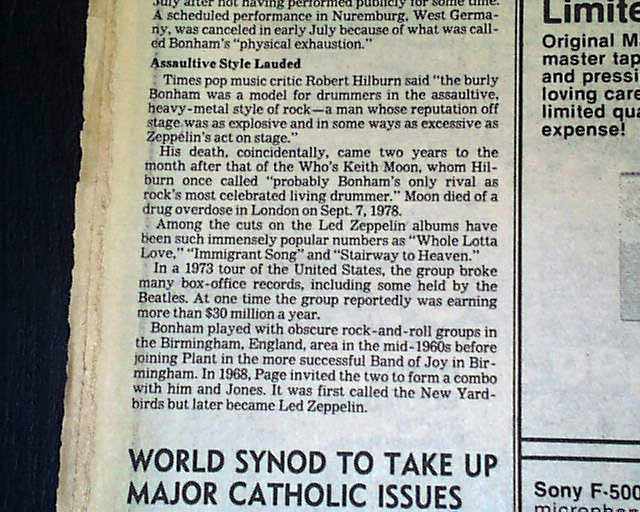 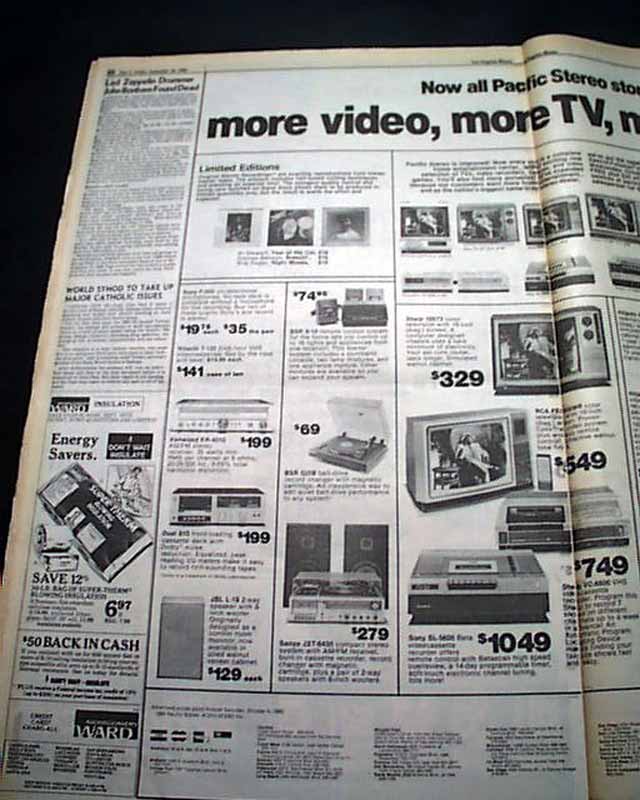 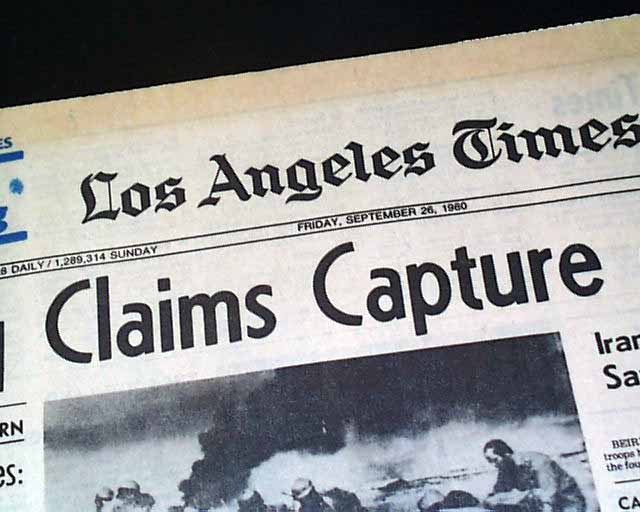 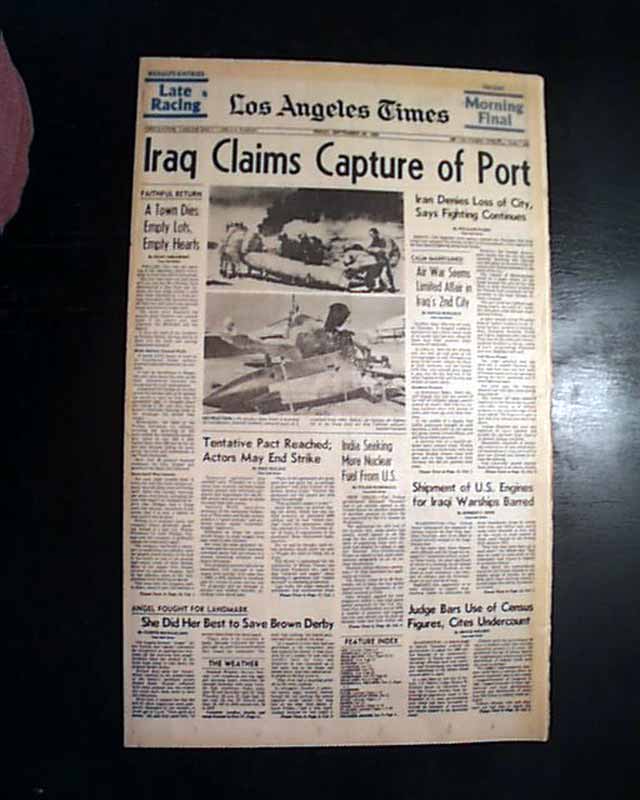