Home > Back to Search Results > Letter to Washington, responded to by Thomas Jefferson...
Click image to enlarge 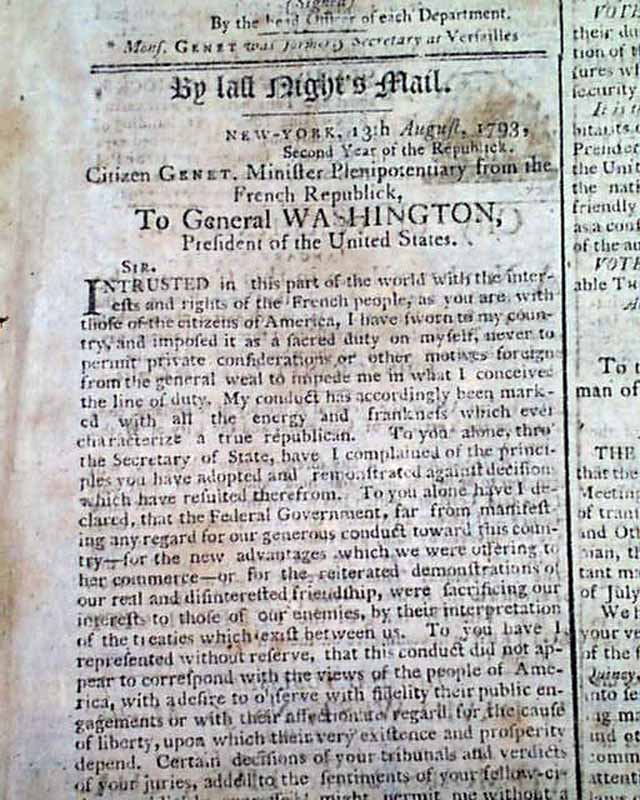 Letter to Washington, responded to by Thomas Jefferson...


COLUMBIAN CENTINEL, Boston, Aug. 28, 1793  Page 3 has a letter from the French minister "To General Washington, President of the United States" but it is responded to by the Secretary of State, Thomas Jefferson, as it is a state matter and not meant for the President's attention. It relates to the Citizen Genet Affair & the troubling situation with the on-going French Revolution.
Four pages, never-trimmed margins, good condition 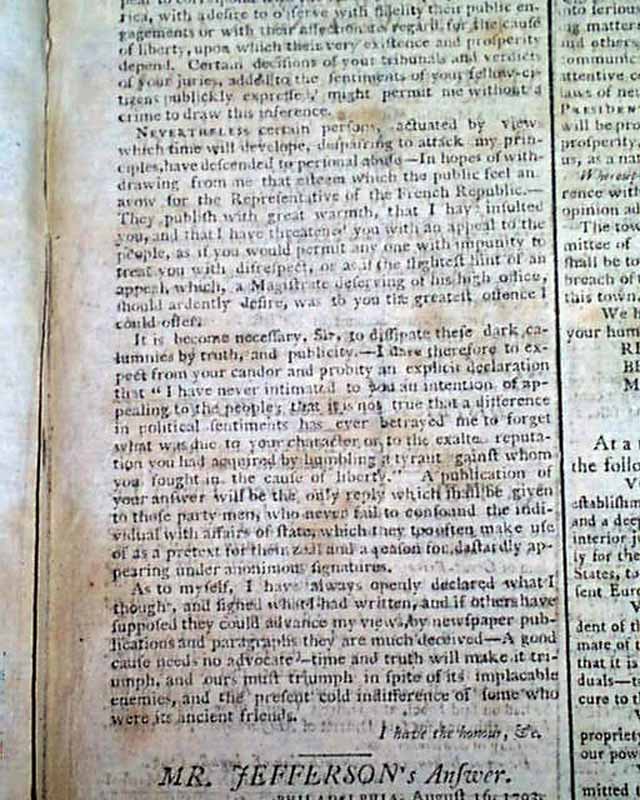 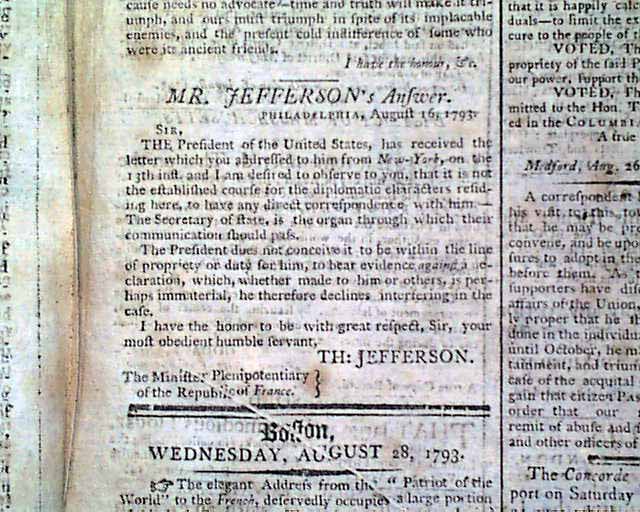 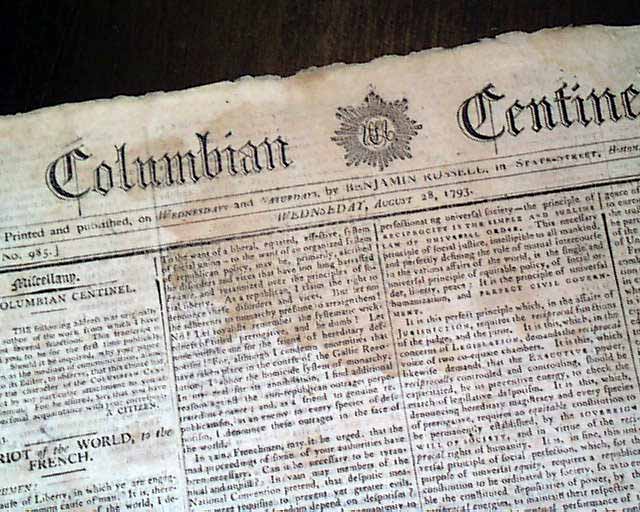 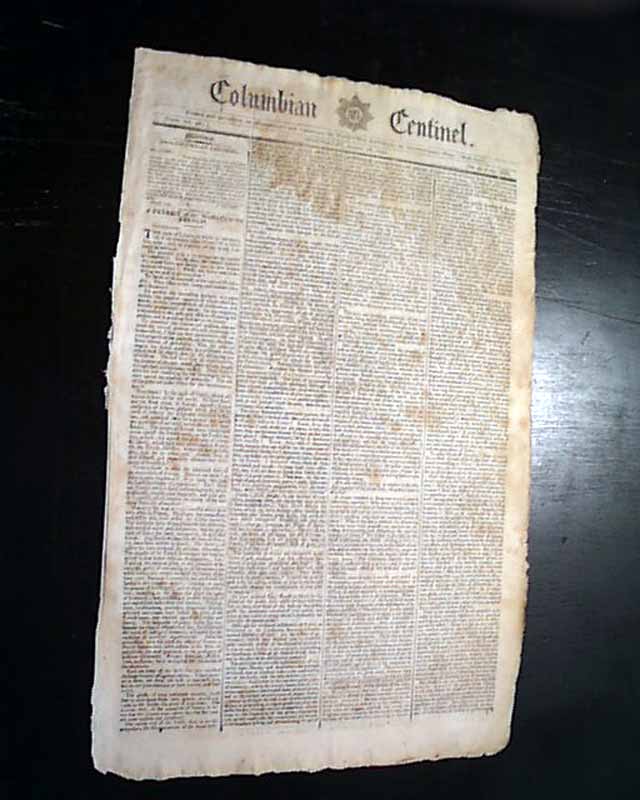