Home > Back to Search Results > Adams arrives in the nation's new capital...
Click image to enlarge 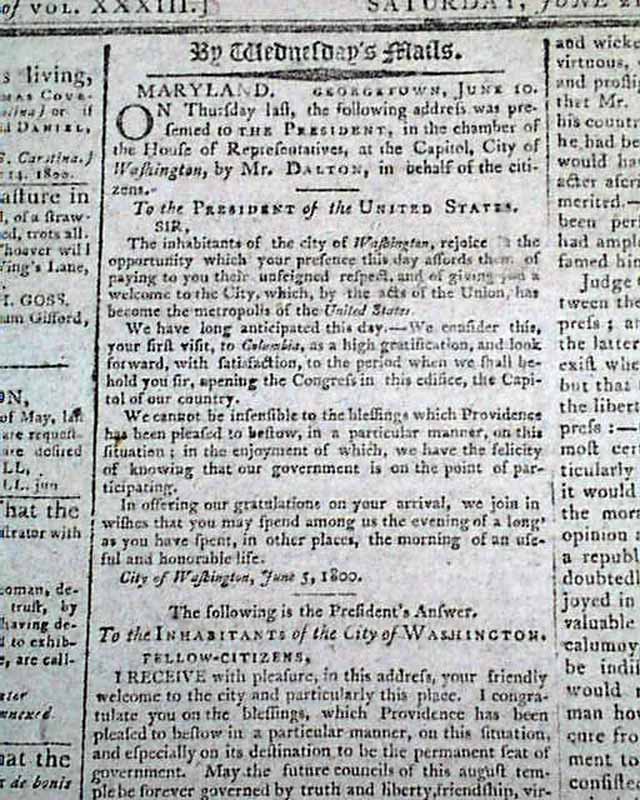 The front page has a letter from the residents of the City of Washington to the President welcoming him to the new capital of the nation, followed by his answer: "To the Inhabitants of the City of Washington" thanking them, signed in type: John Adams.
Page 2 begins with an item from Alexandria: "The President of the United States arrived in this town this day, escorted by a troop of horse, and welcomed by the assembled citizens with that cordiality and respect which they once delighted to show their illustrious but now deceased neighbour."
This is followed by more on Adams' arrival at Washington, including mention of the death of Washington.
The ftpg. has over a column on the trial of James Callender for sedition.
Four pages, never-trimmed margins, nice condition.