Home > Back to Search Results > Mention of Newfoundland and the West Indies in a 1697 newspaper...
Click image to enlarge 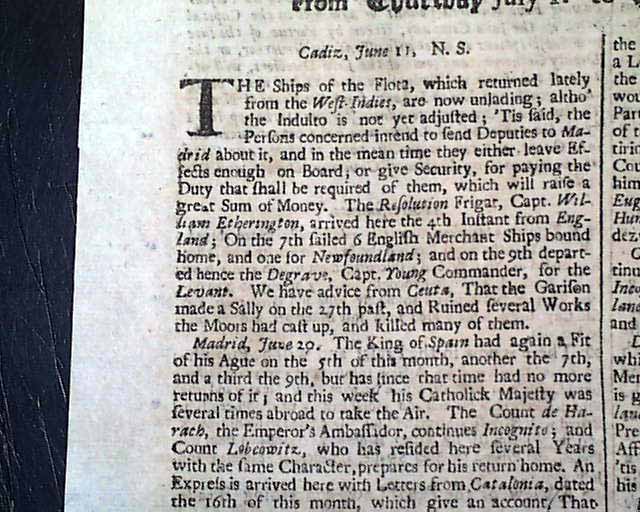 Mention of Newfoundland and the West Indies in a 1697 newspaper...

The first column of the front page has a few mentions of the "new world" amongst shipping notices, including: "The ships of the Flora, which returned lately from the West Indies, are now unlading...6 English merchant ships bound home and one for Newfoundland..." and then further on: "...two French ships, one bound to Newfoundland, which the master ransomed for 4,000 livres and the other bound home with sugars and indigo from the West Indies."
A single sheet issue, 7 by 11 1/2 inches, very nice condition