Home > Back to Search Results > Hawaii statehood passes the House and Senate...
Click image to enlarge 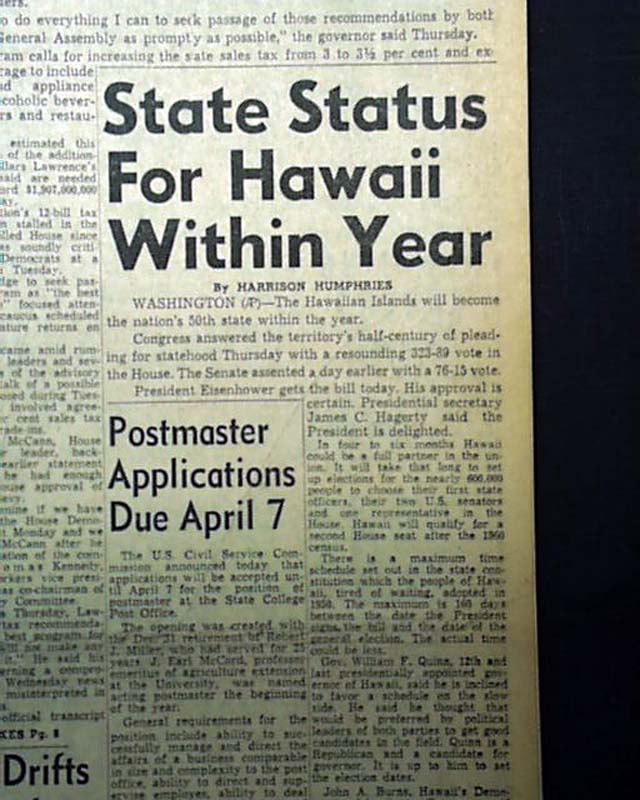 The front page has a two column headline: "State Status For Hawaii Within A Year" which tells of the passing of the Hawaii Admission Act passing both the House and Senate. This set the stage for President Eisenhower's signing (5 days later) which would enable Hawaii to become the 50th state.
Complete in 16 pages, loose at the spine, nice condition.