Home > Back to Search Results > The first non-stop flight across the Atlantic Ocean...
Click image to enlarge 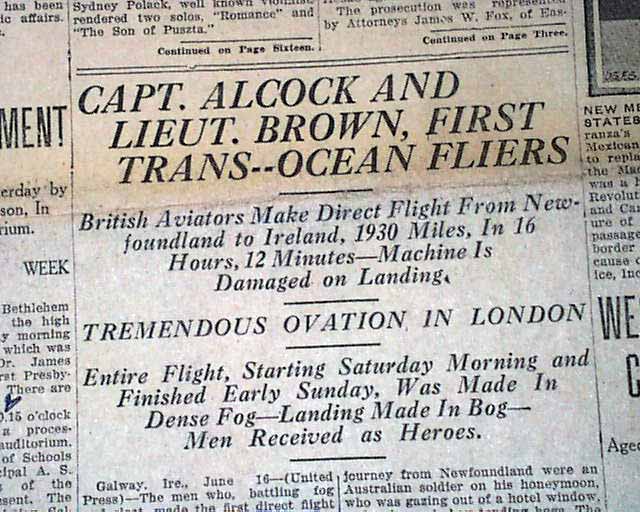 The first non-stop flight across the Atlantic Ocean...

It may be a surprise to many that Charles Lindbergh was not the first to fly non-stop across the Atlantic (his was the first solo flight). Eight years previously the pair of John Alcock & Arthur Brown made the historic flight. The front page has a two column heading: "CAPT. ALCOCK AND LIEUT. BROWN, FIRST TRANS-OCEAN FLIERS" with subheads. (see)
Complete with 20 pages, light toning and some wear at the margins, generally good. Should be handled with care.