Home > Back to Search Results > One of the more handsome of mastheads from the colonial era...
Click image to enlarge 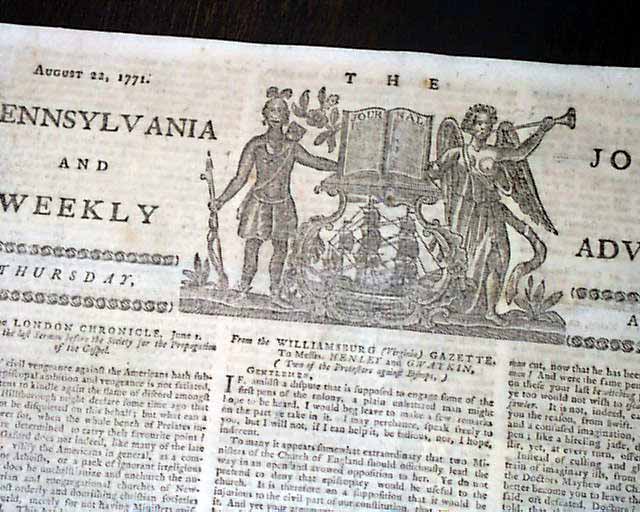 One of the more handsome of mastheads from the colonial era...

This newspaper features one of the larger & more decorative masthead engravings to be found in a colonial America newspaper.
Half of the front page 1 taken up with a report from the Virginia Gazette: "To Messrs. Henley and G. Watkin, Two of the Protesters Against Bishops".
Page 2 is taken up with reports from Europe as well as a note from Boston,and pg. 3 has reports datelines from Newport, R.I., New York, and Philadelphia, as well as a wealth of ads including two for runways.
Four pages, a bit of staining near the top of pg. 3, two very tiny rubbing holes near the top of the front leaf, otherwise nice condition.