Home > World War II war may be over...
Click image to enlarge 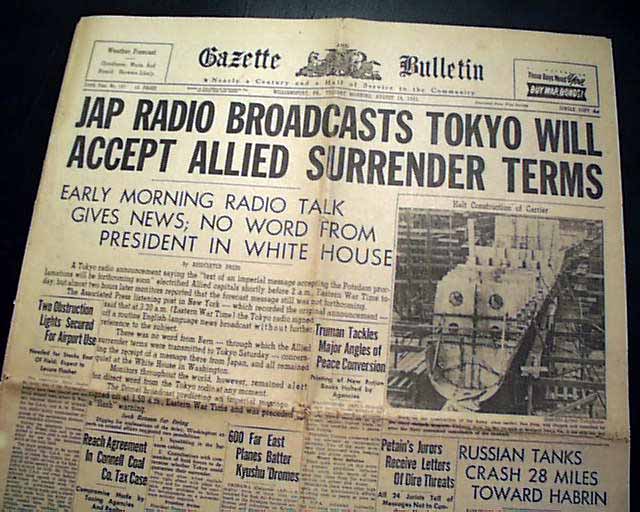 World War II war may be over...

The front page banner headline is an early announcement that the war with Japan was coming to an end: "JAP RADIO BROADCASTS TOKYO WILL ACCEPT ALLIED SURRENDER TERMS" with a subhead. (see) Nice for display. Indeed, the next day's edition in newspapers across the country would announce the official end of WWII.
The complete issue with all 12 pages, a little wear at the folds with a small hole at the center, generally good.