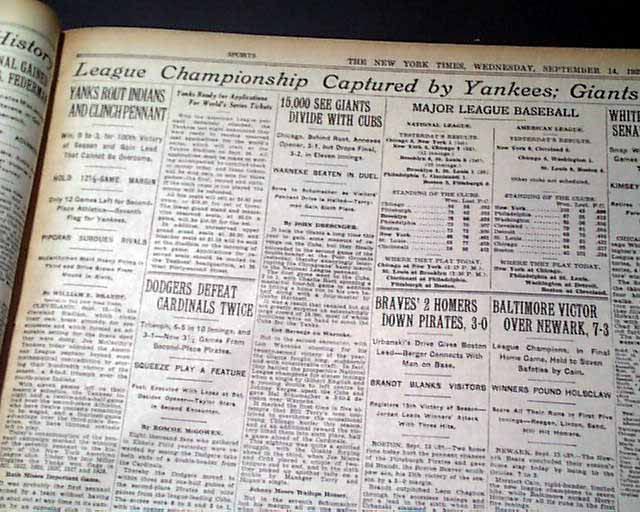 Page 18 has a small one column heading: "Phar Lap Mounted in Yonkers; To Be Exhibited at Belmont". See photo for brief text.
Page 17 has a five column headline: "League Championship Captured by Yankees" with subheads (see photos). This would be Babe Ruth's last pennant with the New York Yankees. The Yanks would go on to win the World Series.
Other news, sports and advertisements of the day throughout. Complete in 44 pages, light toning at the margins, nice condition. 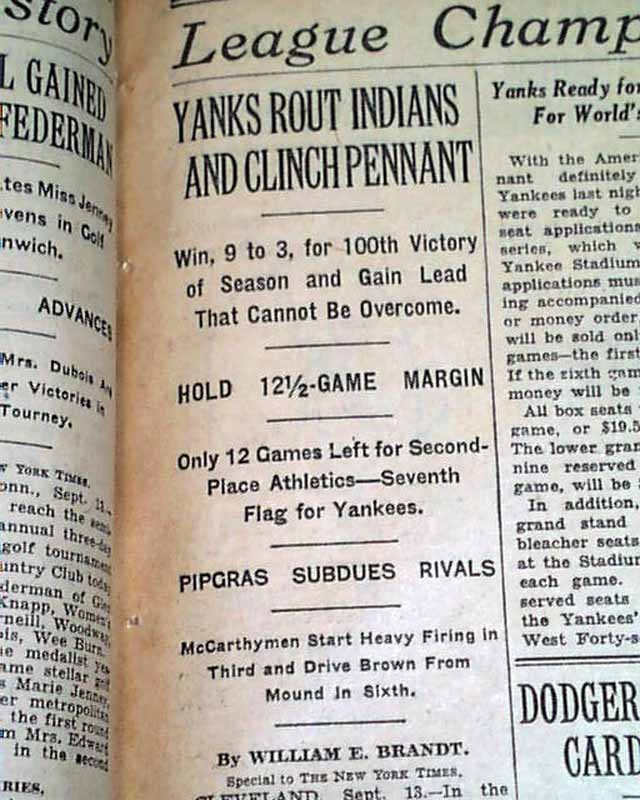 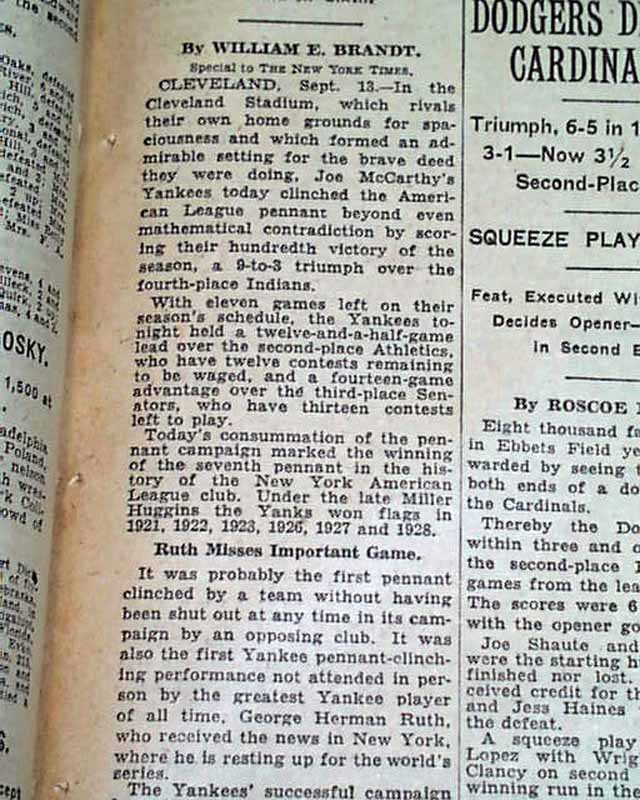 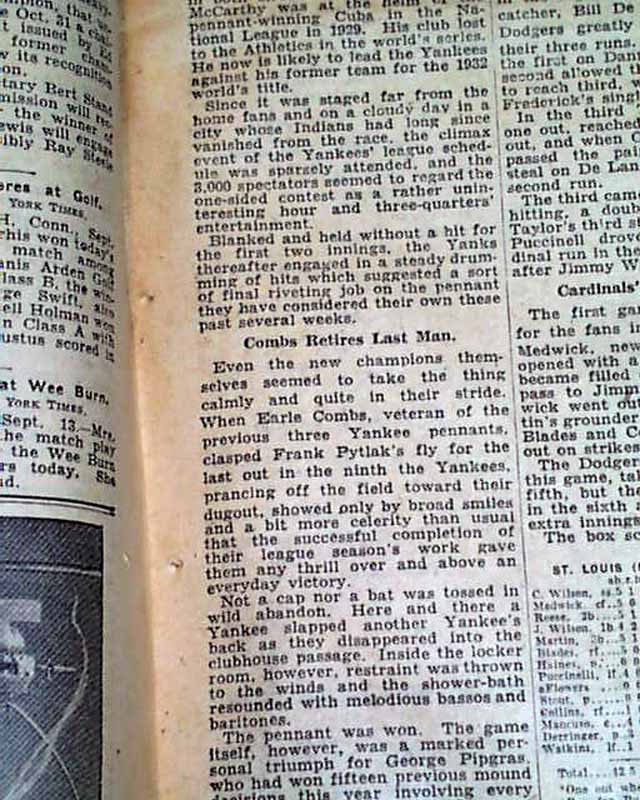 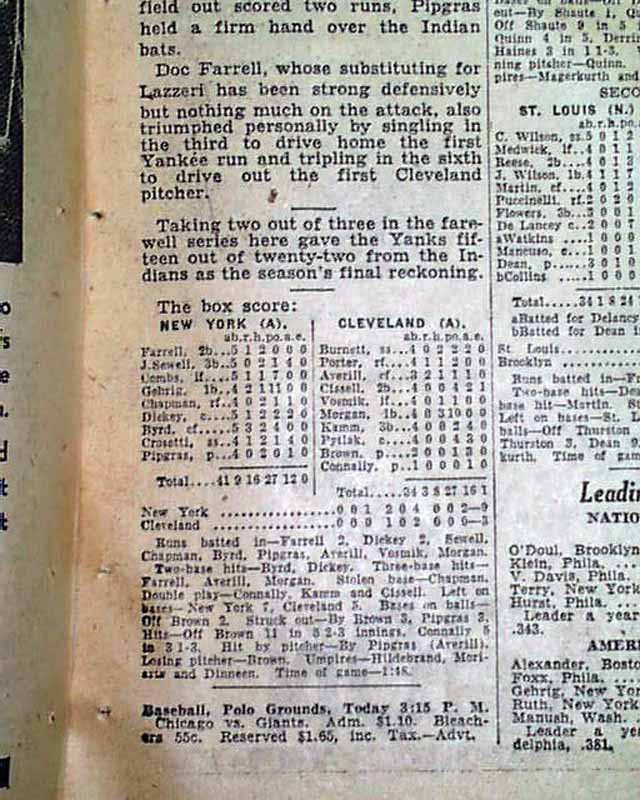 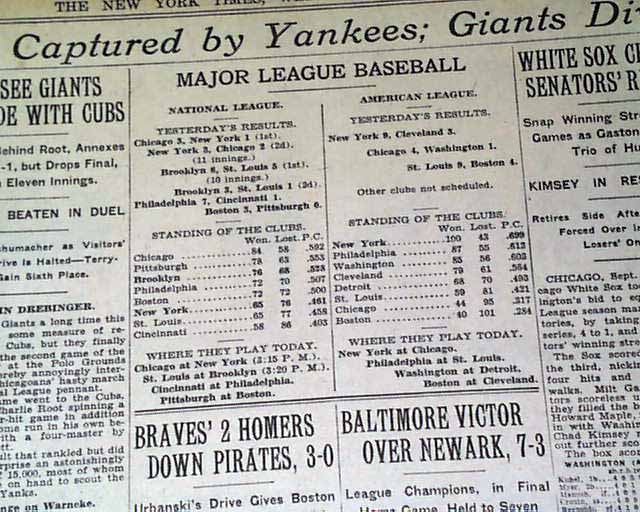 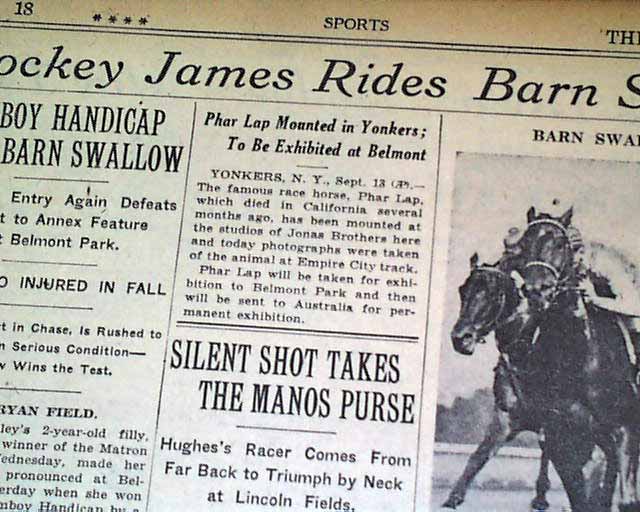 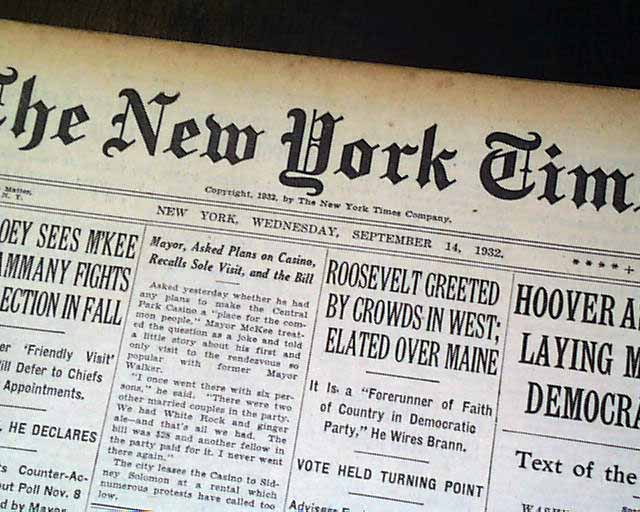 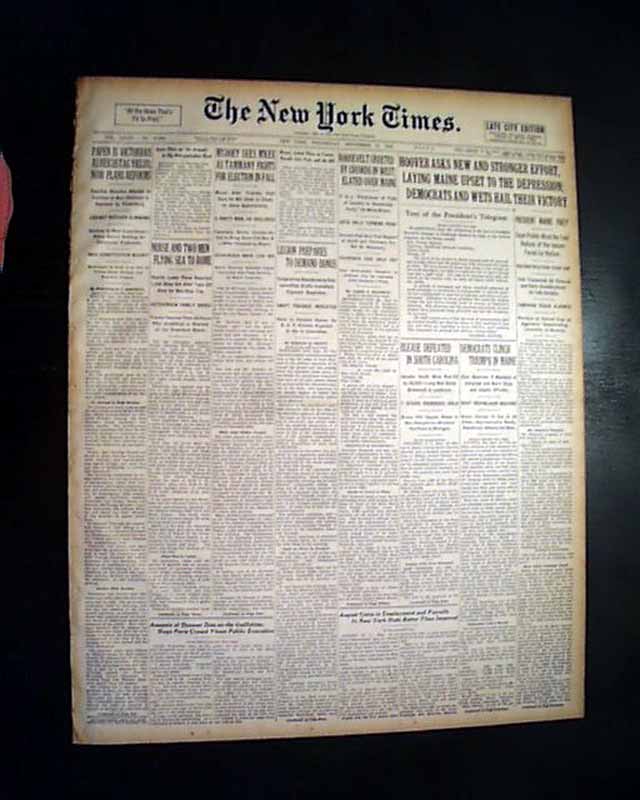