Home > Back to Search Results > Whaling disaster of 1871....
Click image to enlarge 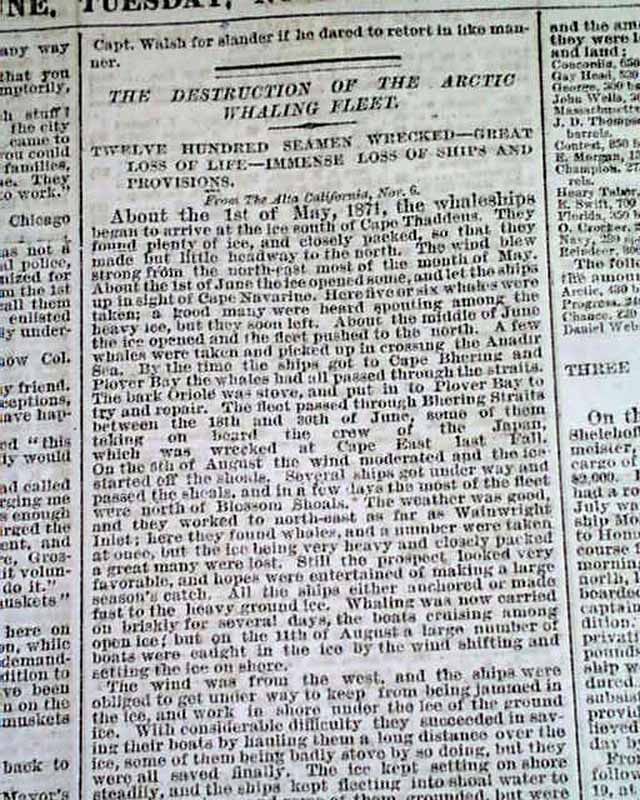 Page 5 has an article headed: "The Destruction Of The Arctic Whaling Fleet" "Twelve Hundred Seamen Wrecked--Great Loss OF Life...." and list of the ships lost. Text takes up just over a full column.
Other news of the day. Complete in 8 pages, minor margin wear, generally nice.

wikipedia notes: The Whaling Disaster of 1871 was an incident off the northern Alaskan coast in which a fleet of 33 American whaling ships were trapped in the Arctic ice in late 1871 and subsequently abandoned. It dealt a serious blow to the American whaling industry, already in decline.