Home > Back to Search Results > Lincoln is formally nominated for another 4 years...
Click image to enlarge 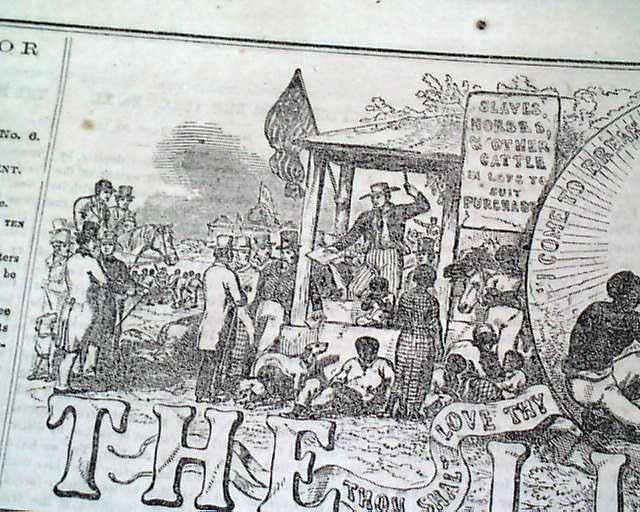 Lincoln is formally nominated for another 4 years...

This is the famous anti-slavery newspaper by famed abolitionist publisher William Lloyd Garrison. The masthead features two engravings, one of a slave auction and the other showing slaves being emancipated.
The front page has: "The Presidential Nomination" concerning Lincoln, which includes the letter to Abraham Lincoln noting near the beginning: "...National Union Convention which assembled in Baltimore...has instructed us to inform you that you were nominated with enthusiastic unanimity for the Presidency...for four years from the 4th of March next...". This is followed by: "President Lincoln's Acceptance" letter signed by him in type: Abraham Lincoln.
Four pages, foxing & minor fold wear to the top quadrant, nice condition.