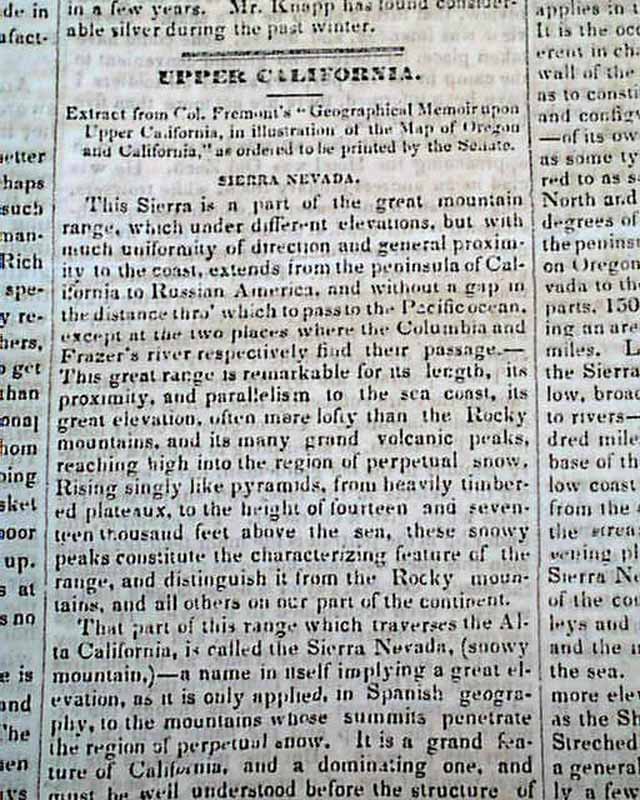 Page 3 contains a notable report, being the first report in this newspaper of the discovery of gold in California.
With a small heading: "Gold Fever in California" the report includes: "The gold mania rages in California & the whole population have left off tilling the soil to engage in the search for gold on the Sacramento. Two thousand whites & as many Indians are said to be now engaged in washing the sand..." with more.
Also of significance is the front page article, taking half of the page, headed: "Upper California" which is an: "Extracted form Col. Fremont's 'Geographical Memoir Upon Upper California...".
This lengthy report is very descriptive on his explorations of this new land, with subheads including; "Sierra Nevada" "The Great Basin" "Maritime Region West of the Sierra Nevada" "Bay of San Francisco & Dependent Country". Near the end a portion is lightly inked, but no loss of readability.
Page 2 has three-quarters of a column taken up with: "A California Newspaper" being various reports from the Territory, touching on the wealth in mining (not gold) as well as the health of the people there, and discussion of slavery in California as well.
Four pages, 15 inches of a back leaf column had been cut out & replaced with period paper, otherwise in very nice condition. 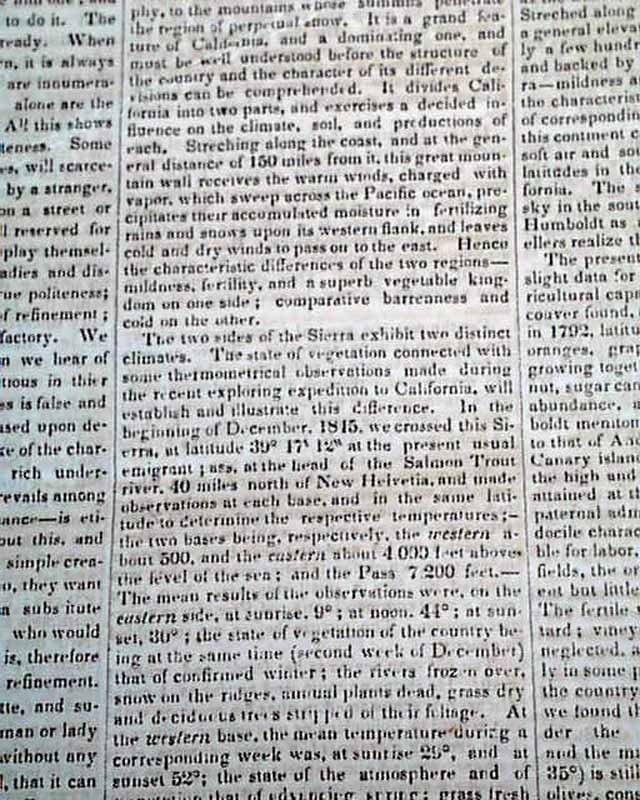 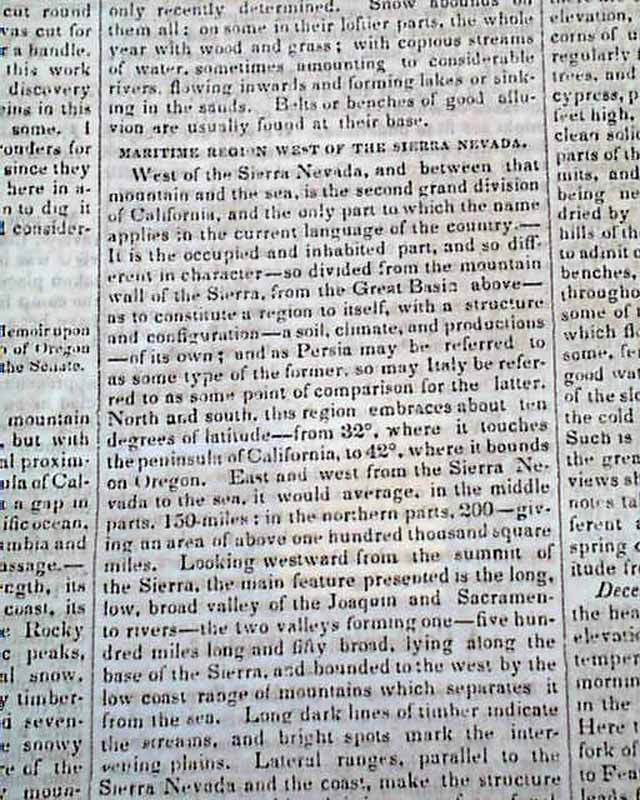 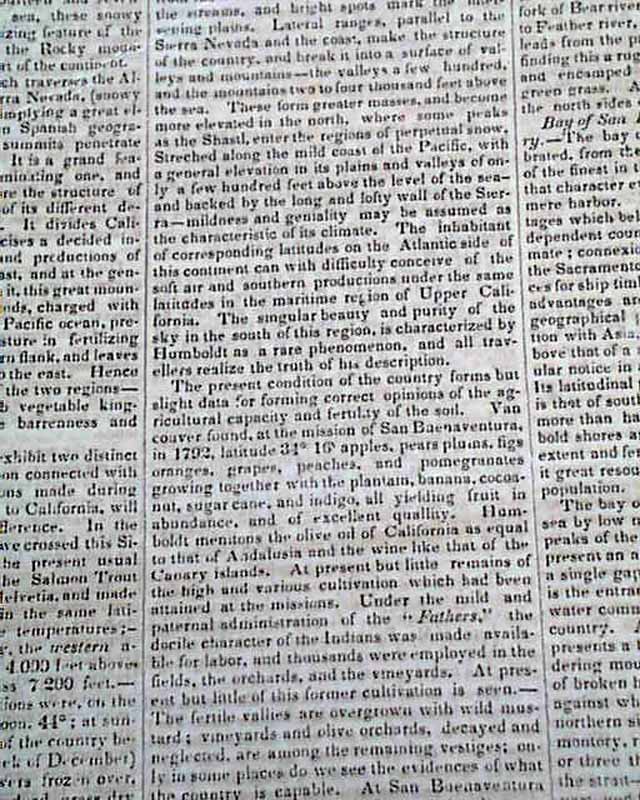 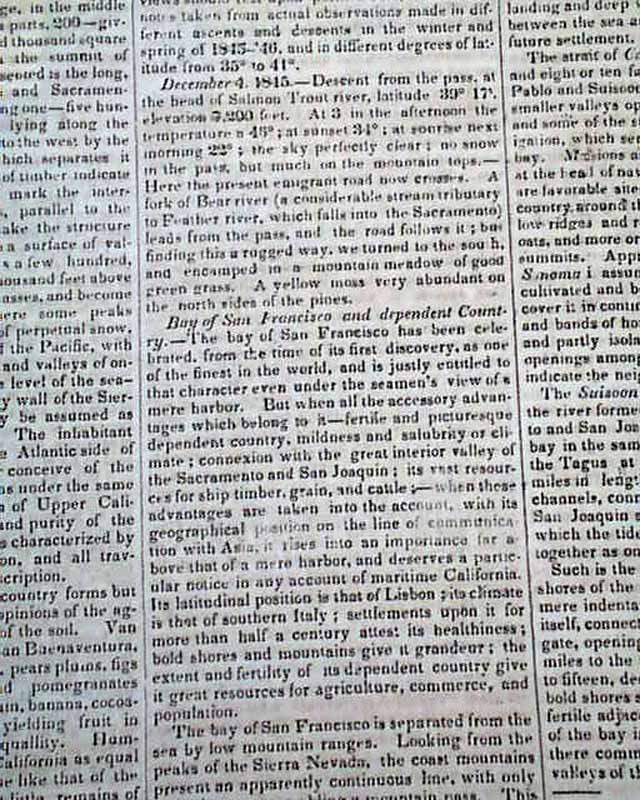 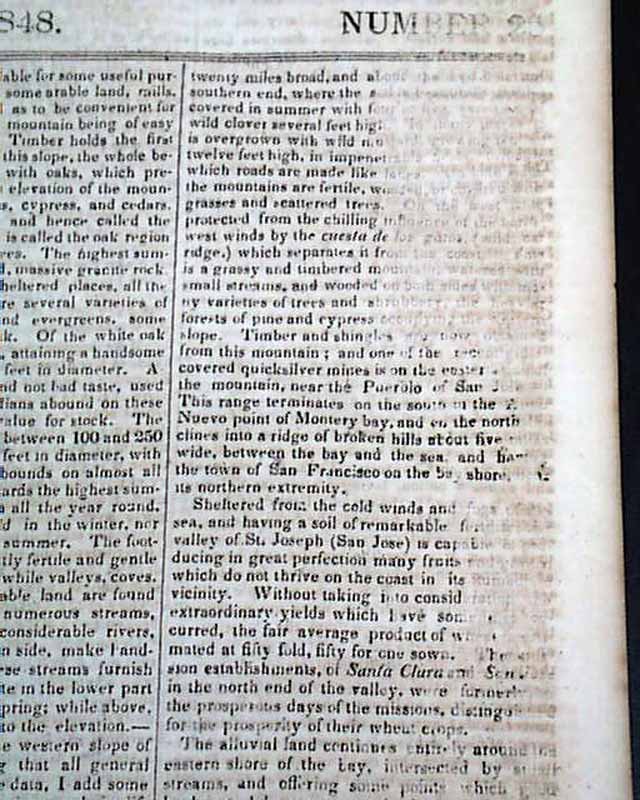 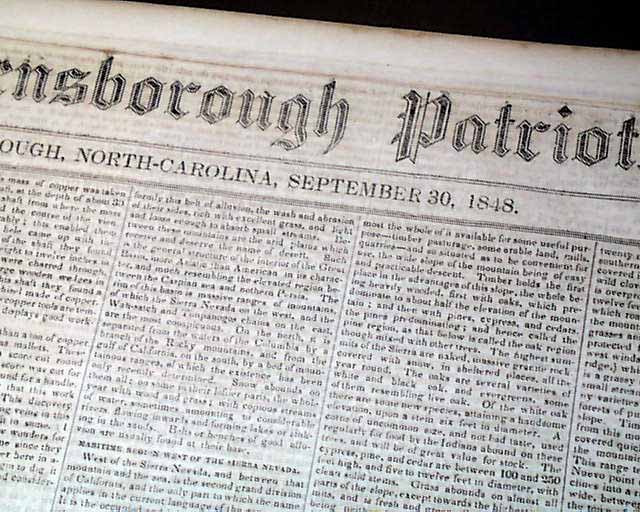 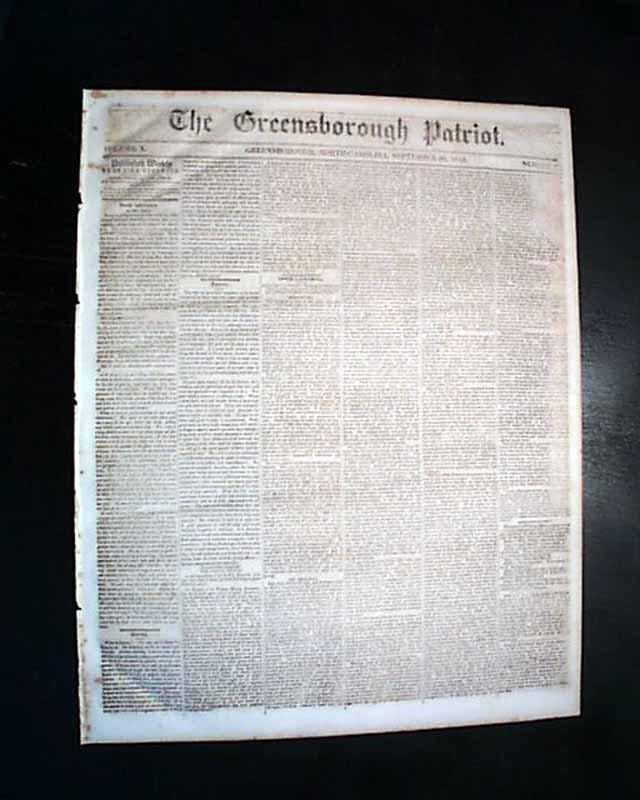 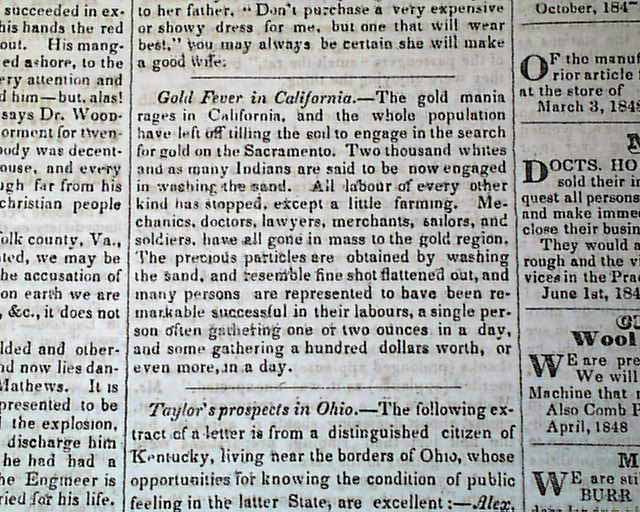 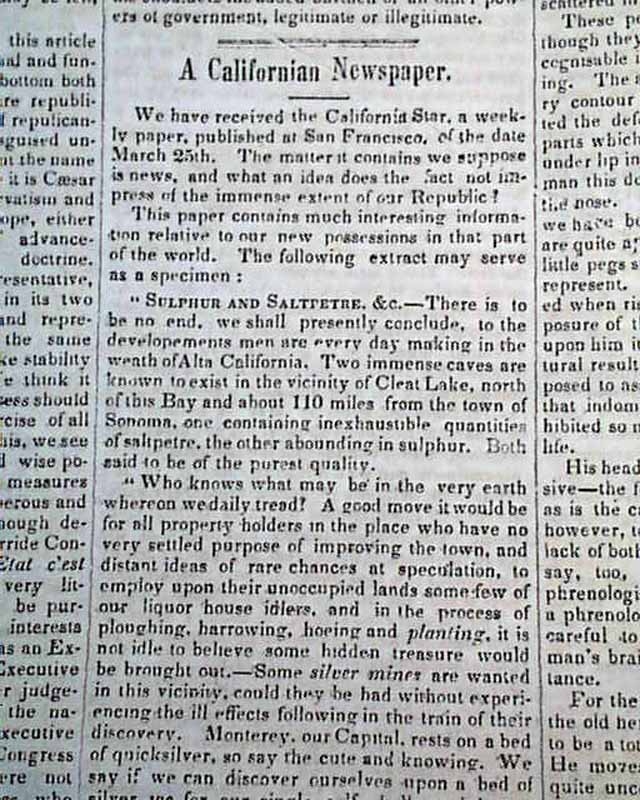 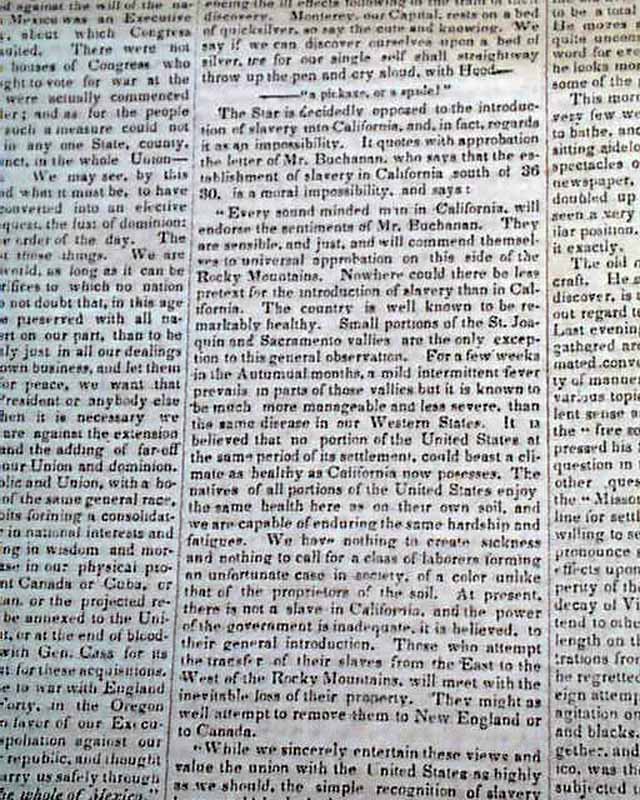 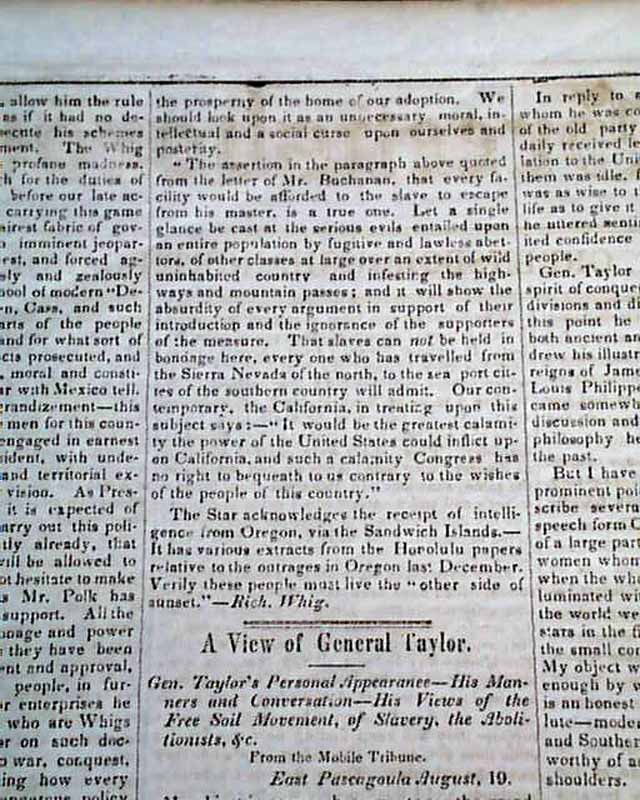 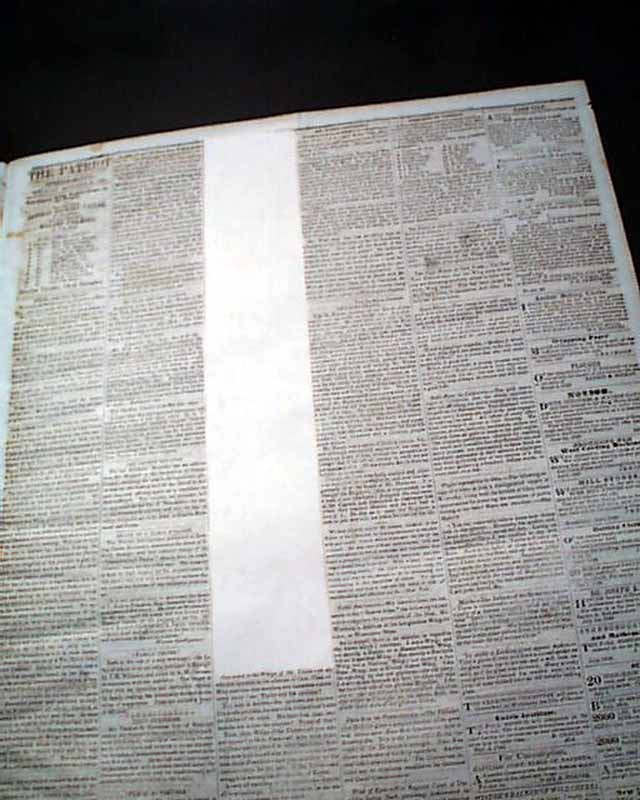