Home > Back to Search Results > The least dramatic Titanic report to be had?
Click image to enlarge 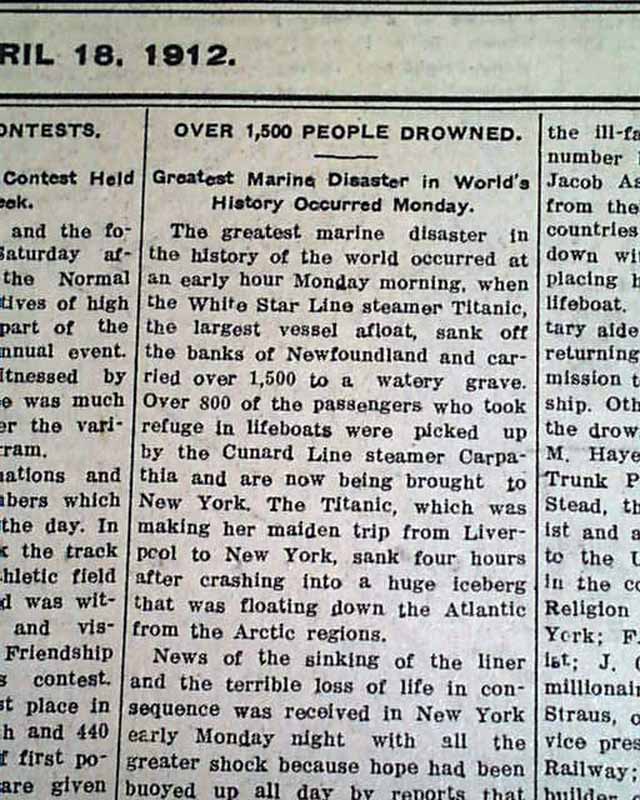 The least dramatic Titanic report to be had?

We have offered a number of dramatic and displayable issues on the sinking of the Titanic. This issue is at the other end of the scale--perhaps the least dramatic reporting of the Titanic we have offered.
At the top of a front page column, in rather small type, is: "Over 1,500 People Drowned" "Greatest Marine Disaster in World's History Occurred Monday".
The report is rather good, taking about a full column with various details, but it appears almost inconspicuously on the front page. Given this was a weekly newspaper it is not surprising it does not have a "screaming" headline, but also, given the scope & significance of the tragedy the extremely subtle presentation is puzzling.
Perhaps collectible as the "least dramatic" Titanic issue to be found, and a nice companion issue to a very dramatic issue.
Complete in 12 pages, nice condition.