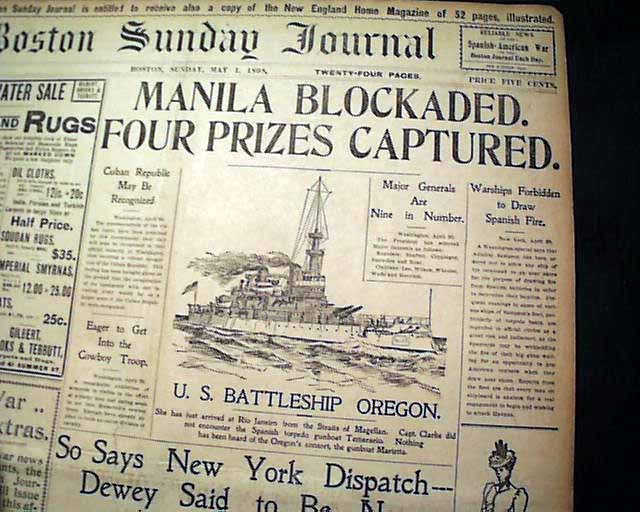 Nice front page reporting on the Spanish-American War with: "MANILA BLOCKADED. FOUR PRIZES CAPTURED" and an illustration of the: "U.S. Battleship Oregon".
Also: "So Says New York Dispatch---Dewey Said to Be Now After Spanish Fleet" and more on the war.  More inside.
Present are pages 1-16 of 24. Good condition.