Home > Back to Search Results > John Adams refines an Act on the slave trade...
Click image to enlarge 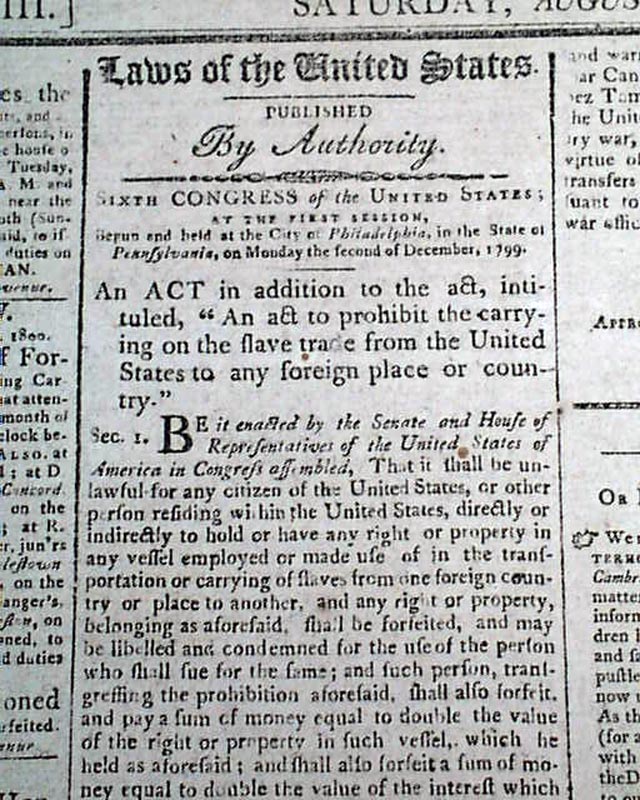 John Adams refines an Act on the slave trade...


COLUMBIAN CENTINEL, Boston, Aug. 16, 1800  Over a full column of the front page is taken up with two Acts of Congress, each signed in script type by the President: John Adams. One is: "An ACT in addition to the act titled 'An Act to Prohibit the Carrying on the Slave Trade from the United States to any Foreign Place or Country."
Page 2 has a nice: "Electioneering!" mentioning John Adams and Thomas Jefferson.
Four pages, never-trimmed margins, nice condition.