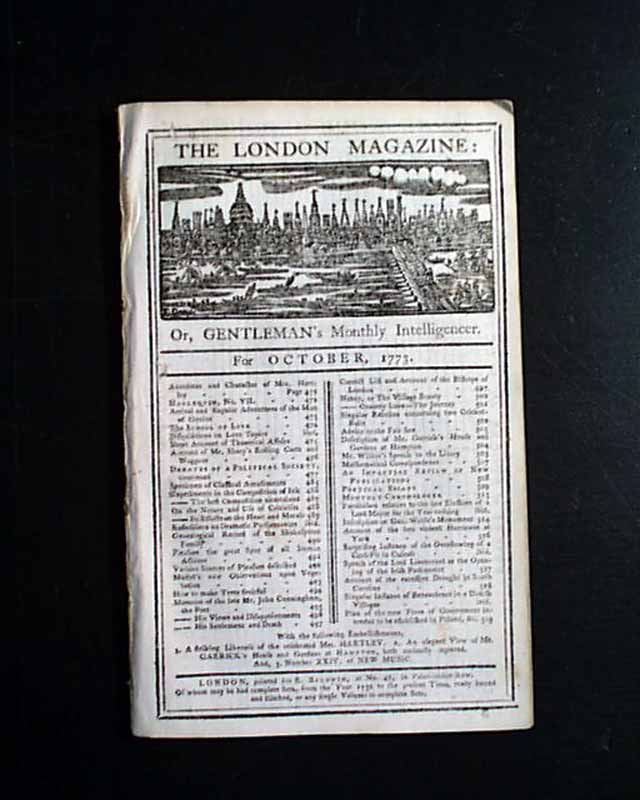 Item # 672479 GENTLEMAN'S MAGAZINE, London, February, 1791  One of the plates has several prints of early coins with some descriptive text as well. Another plate has a coastal: "View Near Margate" plus a: "View in Lower Saxony". Another page has an article and a small print of the: "Correct Calculation of the Ensuing Solar Eclipse".
Near the back news reports under the heading "America"  is mention: "The American expedition to the back settlements has ended in a total defeat...the disaster having originated in an ambuscade...after burning 2 or 3 Indian towns & defeating several detached bodies of the enemy, the American general carried his pursuit too far...." with more. This would be references to "Harmar's Campaign" as part of the Northwest Territory Indian wars.
Includes all three plates called for.
Complete in 96 pages, full title/contents page with an engraving of St. John's Gate, 5 by 8 inches, very nice condition.